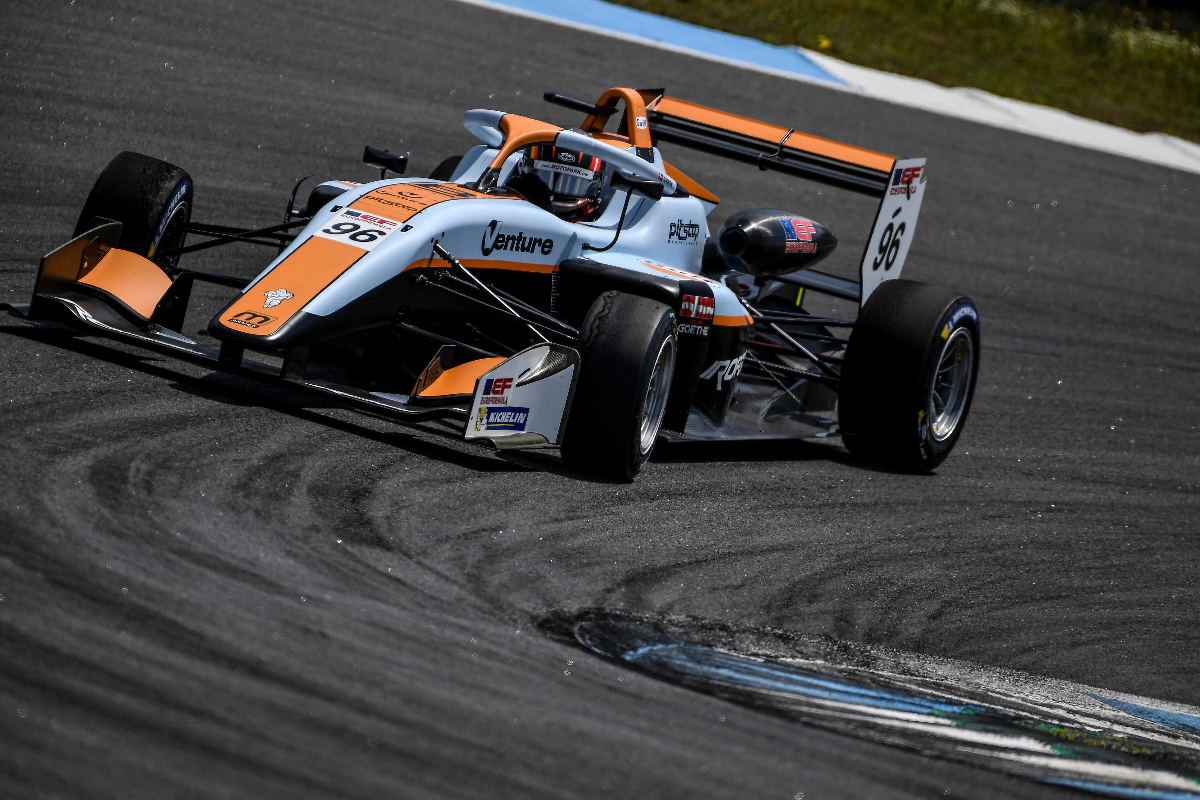 Motopark’s Oliver Goethe set the fastest time of the weekend to beat Josh Mason to pole in the final seconds of Euroformula qualifying at Estoril.

Goethe lapped over 0.2 seconds quicker than his own benchmark from Friday free practice, and will start Saturday’s season-opening race from the front ahead of CrypoTower Racing Team’s Mason.

Ugran then found over 0.4s to regain top spot before his effort was beaten by CrypoTower’s Vlad Lomko. Nicola Marinangeli moved into second, but the VAR driver then had his laptime deleted for exceeding track limits.

CryptoTower’s Christian Mansell was the first man to dip under the 1m30s bracket to lead the way after the 10-minute mark. Ugran remained in second despite improving on next lap.

There was a flurry of activity late in the session as drivers returned to the track on fresh tyres. Marinangeli snatched provisional pole with three minutes remaining with a 1m29.893s, but his time was almost immediately beaten by team-mate Sebastian Ogaard, who went 0.217s quicker.

Lomko then returned to the top by recording a 1m29.601s, but Mason went even faster with seconds left on the clock.

But Mason was denied as the chequered flag fell, with Goethe recording a session best of 1m29.357s. Mason looked set to wrestle back top spot on his final effort, but a sideways moment exiting the hairpin ruined his lap.

Mansell improved late on to beat Lomko to third. Frederick Lubin was fifth for Motopark ahead of Ogaard. Ugran ended up seventh, with Drivex School’s Nico Pino eighth.