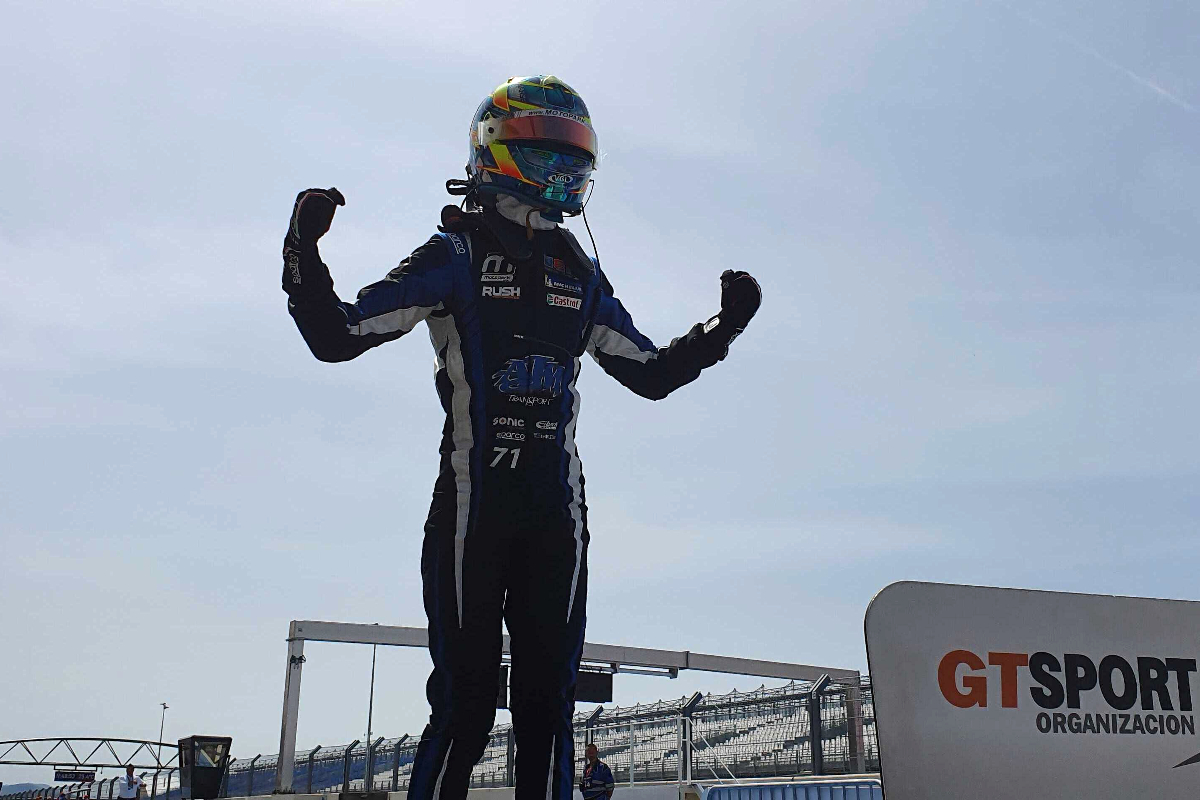 Van Amersfoort Racing’s Nicola Marinangeli started from pole alongside Mansell, with Sebastian Ogaard in the second of the VAR cars down in fifth after serving a three-place grid penalty for spinning Mansell in race one.

Mansell fought Marinangeli for the lead from the off, with the pair fighting all the way down the hill and then up the Mistral straight. He got ahead by diving down the inside of the last corner of the lap, but Marinangeli then had the outside of turn one for lap two and he managed to get alongside him several times through the lap.

He then came under attack from Oliver Goethe at the end of the lap though, and their squabbling enabled Mansell to escape ahead. Goethe passed Marinangeli at the hairpin leading on to Mistral, but Marinangeli almost got back ahead at the straight’s chicane as VAR’s Filip Ugran tried to sneak down the inside at the same time.

Marinangeli then went all the way around the outside of Goethe at Signes and got ahead, but Goethe reclaimed second place at the final corner. At this point Mansell was over three seconds down the road, but Goethe had the suprerior pace and he spent the rest of the 16-lap race hunting down the CryptoTower.

The gap dipped under a second for the first time on lap 12, but Goethe wasn’t truly close enough to attack Mansell until the last lap. He got onto Mansell’s gearbox at the Mistral chicane, then tried to pass around the outside of Signes. He was still on the outside as they got to Beausset, where Mansell used up all the road he could to stay ahead.

That left Goethe taking to the less grippy lines through the final corners, darting around in Mansell’s mirrors, but there was no opening and and his title rival claimed his second win of the year.

Marinangeli eventually fell to ninth place, being passed by Ugran on lap four but reclaiming the position, only for both to then be mugged by CryptoTower’s Vlad Lomko. He fought back against Lomko through a few corners and moved back ahead, but when Lomko came back through he brought Josh Mason with him a few corners later.

Alex Garcia and Ogaard were the next to get through, but only after Marinangeli spun off on his own.

Mason passed Ugran at Signes to finish fourth behind Lomko, while Frederick Lubin kept it clean to come home sixth despite late pressure from Ogaard. The race started with drama for Mason, as he got involved in an opening lap incident with Drivex School’s sole entrant Nico Pino that sent him into retirement.