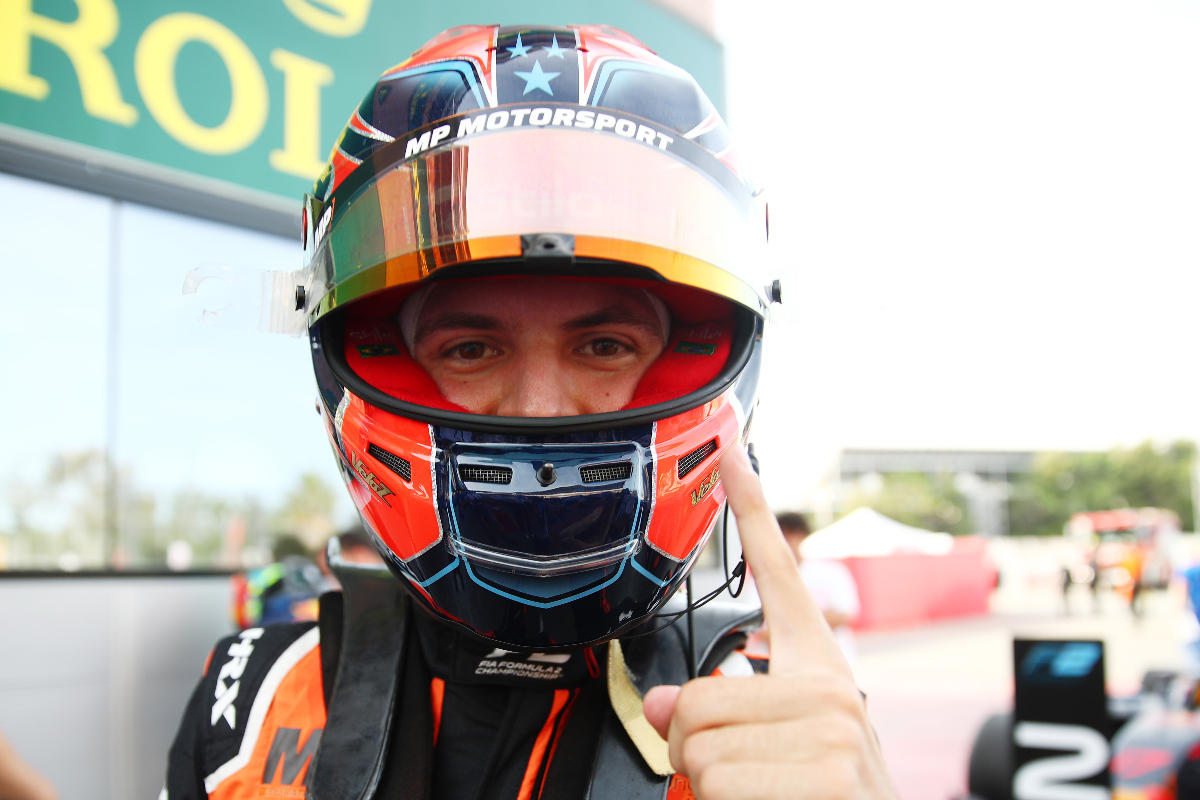 MP Motorsport’s Felipe Drugovich achieved the rare feat of winning two races in the same Formula 2 weekend by claiming victory in Sunday’s Barcelona feature race, but is under investigation.

Virtuosi Racing’s Jack Doohan started from pole and led away at the start of the race as ART Grand Prix’s Frederik Vesti slotted into second ahead of Hitech GP’s Juri Vips and Carlin’s Logan Sargeant.

The order stayed that way until lap four when the safety car came out as Prema’s Jehan Daruvala, who had started fourth and was on the alternative strategy, suffered a mechanical issue. DAMS’ Ayumu Iwasa, who was battling with him over fifth, was unable to avoid him and clipped his front wing.

Racing action resumed on lap seven of 37 and Doohan put in a mighty restart lap to comfortably gap Vesti. Vips, meanwhile, was the first to pit at the end of the lap, only to have a slow stop.

Doohan made his compulsory tyre change on lap 11, while Drugovich extended his opening stint all the way to lap 17 before stopping for the hard tyre. Both had slightly slow stops, and it is what occurred during the pitstop that Drugovich is under investigation for.

Drugovich, starting only 10th, jumped Sargeant in the pitstop window and started to reel in Vesti, who had stopped before him, pretty quickly. He passed him on lap 20 as they both cleared Dennis Hauger – who started on hards and stayed out a long time after clipping Van Amersfoort Racing’s Amaury Cordeel on the first lap, for which he picked up a penalty.

As Doohan and Drugovich carved through the rest of the drivers who started on the hard tyre (with most of them having pitted by lap 24), the gap between the pair closed.

The move for the lead came on lap 27, and Drugovich became the first driver to win every race in a weekend since Antonio Giovinazzi in the 2016 GP2 Baku round, and the first to do the double since Oscar Piastri won two races out of three in Jeddah last year.

Doohan and Vesti came through for their first F2 podiums ahead of Sargeant, who took his best feature race result in fourth.

It was a lonely race for Drugovich’s primary title rival Theo Pourchaire, who could only finish eighth after being swallowed up by drivers on the alternative strategy at the end. He and Vesti are under investigation for an unspecified pit infringement.

Carlin’s Liam Lawson utilised a brilliant opening lap, climbing seven places, to finish ninth after starting 16th, while DAMS’ Roy Nissany (another on the alternative strategy) rounded out the top 10.

Trident’s Calan Williams was on course for points before being swallowed up by those who pitted late. Iwasa faded to 12th even further behind, while Vips finished well down the order in 17th after his pitstop woe.