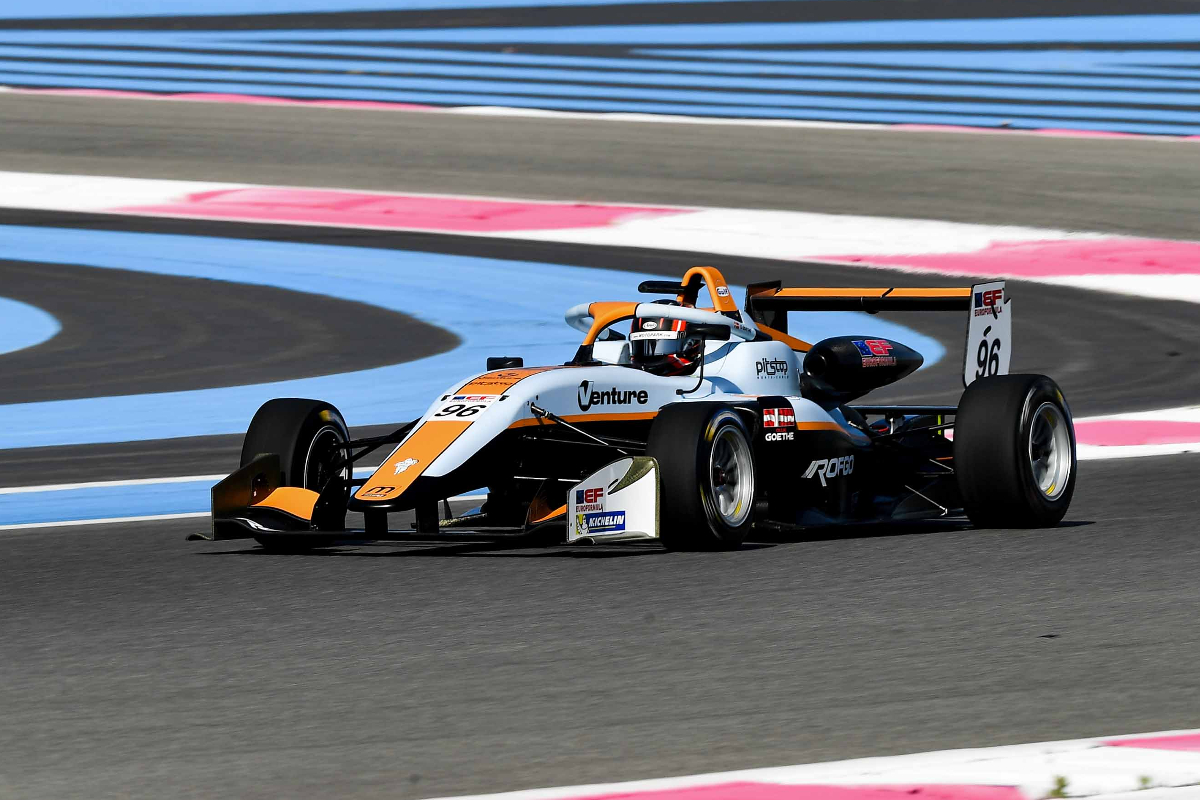 Motopark’s Oliver Goethe dominated the final Euroformula race of the weekend at Paul Ricard to extend his points lead.

Goethe was fifth on the reversed grid, with title rival Christian Mansell alongside him on the third row, although both were moved up a spot by Josh Mason failing to make the grid, while Van Amersfoort Racing pair Filip Ugran and Sebastian Ogaard occupied the top two positions.

They held on to those through the first lap, but Goethe was already up to third and on lap two he passed Ogaard into the first corner then tried to get Ugran too at the inside of Signes. Ugran held him off, then squeezed Goethe against the pit wall as they started lap three, but it only took until they reached turn one again for Goethe to go around the outside to take the lead.

After that, nobody saw anything of Goethe as he sprinted away to take a 9.321-second win, his fourth of the season.

Mansell mirrored Goethe’s progress up the order, rising to fourth on lap one, passing Ogaard at the Mistral chicane on lap three and then clearing Ugran for second around the outside of turn one on lap six.

He spent the remaining 10 laps breaking away from those behind but being gapped by title rival Goethe, who now has a 35-point lead after he picked up the additional points for fastest lap and most positions gained.

The race podium was completed by Vlad Lomko, Mansell’s team-mate at Motopark’s Japanese offshoot CryptoTower Racing Team. The Russian started third thanks to Mason’s troubles but was demoted to fifth on lap one by the title contenders. However he also then followed their rise, passing Ogaard a lap after Mansell did and then chasing Ugran for third.

He got up to the Romanian halfway through the race and managed to pass him at turn one, although Ugran then cut the corner and it led to a train of cars forming behind the pair. Ugran was the first to leave the train, getting passed by Motopark’s Alex Garcia for fourth shortly before he flew over the kerbs in the final sector of the lap and fell to seventh.

Frederick Lubin moved up to fifth as a result and he started to pressure Garcia for fourth, diving down the inside of his team-mate at the final corner with two laps to go. They then went side-by-side down the pit straight, and Garcia tried to get back through but instead ended up spinning later in the lap at Beausset.

That dropped him all the way down to ninth, behind Ogaard, Ugran, Mason and Marinangeli, with the latter two swapping positions with two laps to go as the late-starting Mason went on a recovery drive from the back.