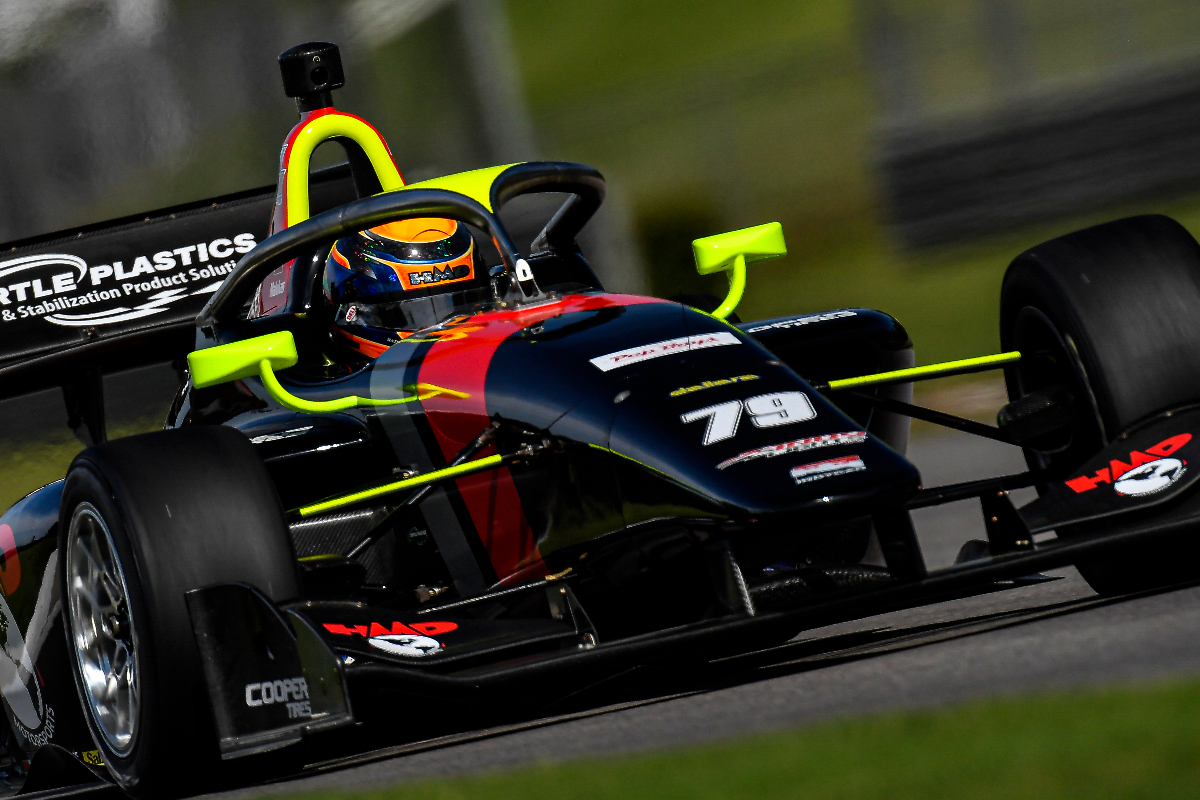 HMD Motorsports’ David Malukas bounced back from his lap one retirement in the opening Indy Lights race of the season to claim his first series win on Sunday.

Peroni then slipped past Sowery too moments later with brilliant drive out of the corner, and the top six positions remained in that order through the first half of the race.

The HMD-run drivers streaked away at the front, trading fastest lap between each other while a train of seven cars formed up behind Megennis some 10 seconds back.

The first change in that train came when Peroni briefly lost power and slipped to sixth halfway through the 35-lap race, and then Sowery briefly got past Megennis at turn 5 before the American took the inside line into the chicane at the end of the following straight.

Malukas and Lundqvist got faster and faster, bringing their gap to the rest of the field up to 20 seconds by the final third of the race, while Megennis continued to hold off pressure lap-after-lap as drivers raced without the push-to-pass overtaking aid.

On lap 29 the action lit up as Megennis’s hard-worked front-left tyre gave in when he hit the brakes for turn one and he plummeted down the order. DeFrancesco was on the right side to benefit more and clear Sowery for third, while Andretti’s Kyle Kirkwood cleared his team-mate Danial Frost, Peroni and GRG with HMD’s Benjamin Pedersen to put himself on the back of Sowery in fifth.

Up front the gap between the top two had grown, and Malukas navigated the final few laps with a 6.3895s advantage over Lundvqist, who leads the points after the first two races.

DeFrancesco looked stronger in clean air and pulled away from Sowery for third, with Kirkwood completing the top five.

Peroni was sixth, ahead of Pedersen, reigning Indy Pro 2000 champion Sting Ray Robb and HMD’s Nikita Lastochkin after Frost punctured his front-left tyre with a lock-up with just a few laps to go.

Both he and Megennis managed to get back to the pits and finished off the lead lap.