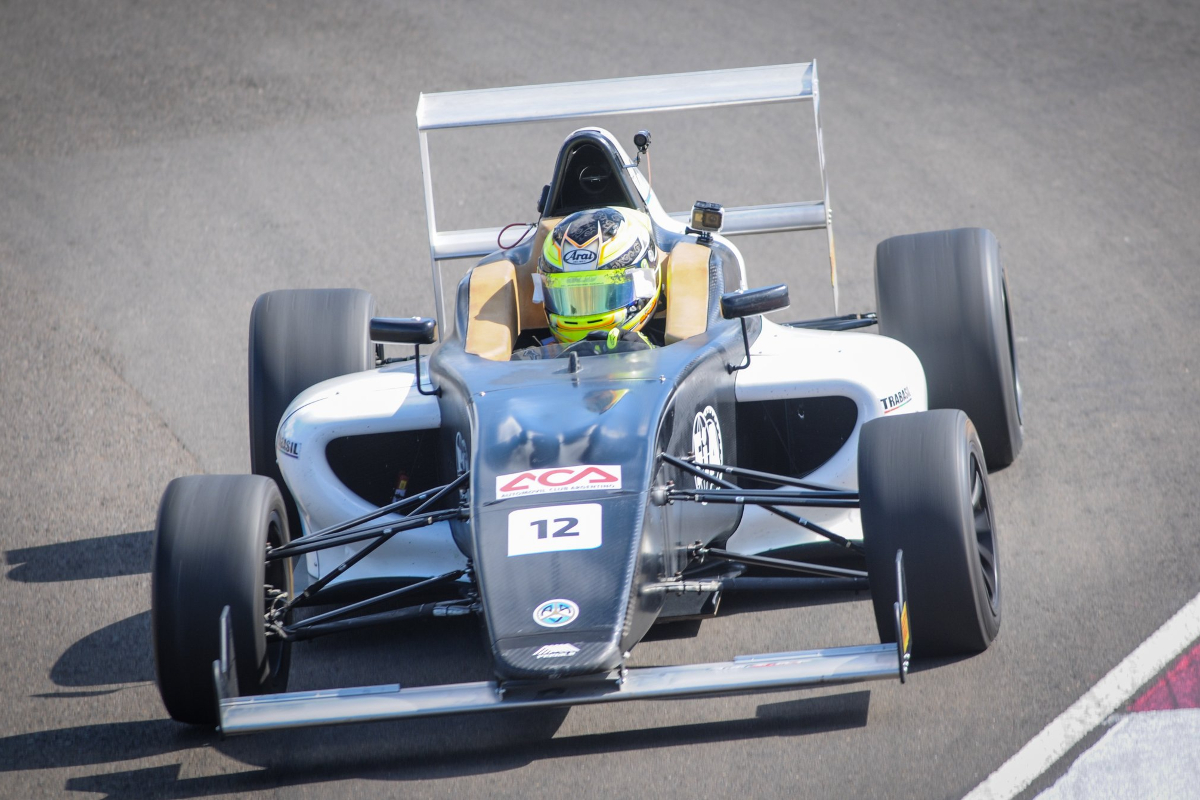 The Argentinian Formula 4 championship held its long-awaited inaugural event at the Concordia circuit this weekend with an eight-car grid.

It had been planned that the centrally-run series would begin in 2019, but a delay in delivery of parts meant several rounds were cancelled, and then a national recession meant a 2020 start date was chosen instead.

The global COVID-19 pandemic then put to its 2020 plans, and it announced it would go racing in 2021 with several rounds in Brazil and then Uruguay before racing in Argentina. That was another failed plan, so the series struck a deal to support national touring car series Turismo Pista to finally get action underway.

Most of the F4 grid was pulled from Turismo Pista, including champions Luciano Martinez (C1 class, 2019) and Paly Collazo (C3 class, 2014). Others who make the switch from racing with a roof over their head were Ramiro Alcaine, Pablo Grippo and Thiago Martinez, who is a two-time champion of the regional Santa Cruzean Turismo Pista championship.

Only half of the grid had prior single-seater experience. Luciano Martinez and Bautista Dose had previously raced in Argentina’s Formula 3 Metropolitana, which uses an upgraded old Tulio Crespi non-FIA F4 car, and also coming from that series was Federico Hermida, who graduated from karts in 2019 and came fifth in F3 Metropolitana last year.

Figgo Bessone, the youngest on the grid, moved up from karts to Argentinian Formula Renault 2.0 at the end of 2020, and also did a Argentinian FR1.6 round before getting his first taste of touring car racing last year.

It was Hermida that set the pace in qualifying, beating Collazo to pole by 0.471 seconds while Dose didn’t even take part and therefore couldn’t do the championship’s first race.

Hermida dominated that race, wining by over five seconds as Bessone just beat Collazo to fill the podium.

Victory put Hermida on pole for race two, and once again he streaked away. This time a safety car cut his advantage, and he finished 0.470s ahead of Collazo, who is now Hermida’s closest title rival although undecided on the extent of his participation in the series going forward.