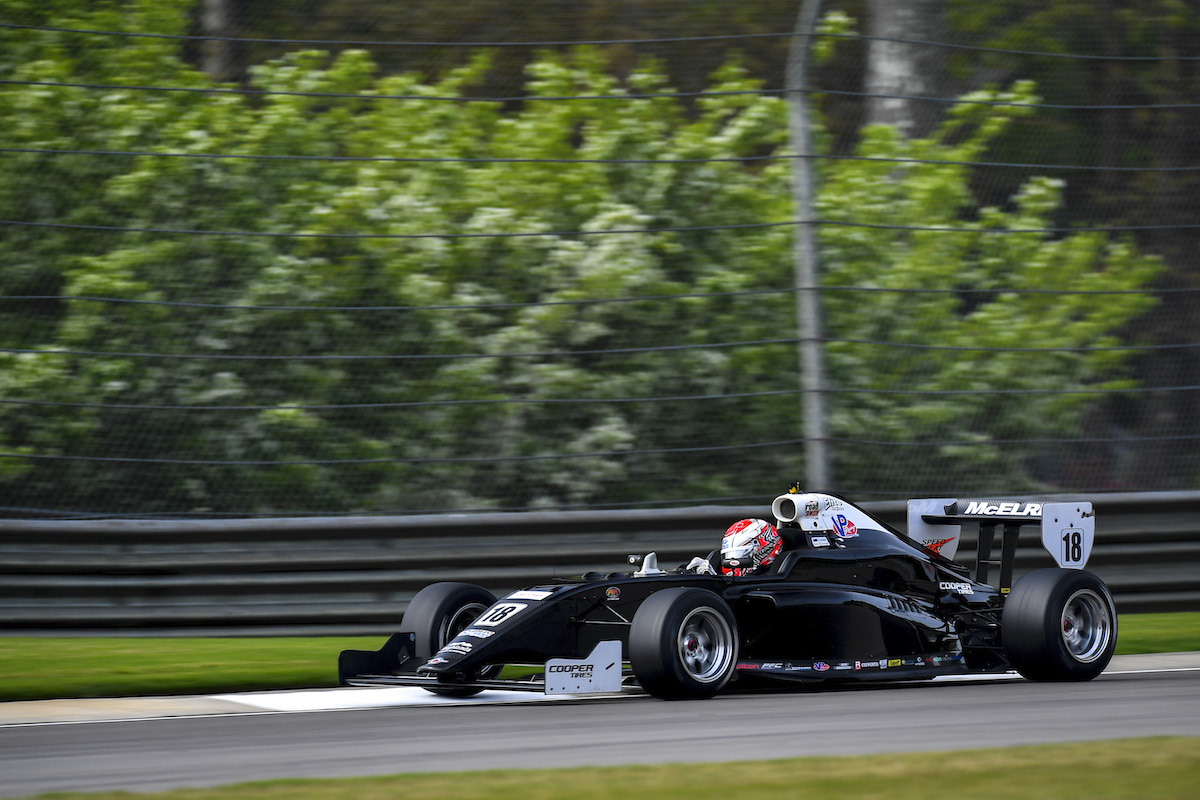 Hunter McElrea won the second Indy Pro 2000 race of the weekend at Barber Motorsports Park after a spin and penalty for reigning USF2000 champion Christian Rasmussen.

Polesitter Rasmussen found himself under pressure in the early stages from Pabst Racing’s McElrea and was later deemed to have blocked his rival while doing so.

As the 30-lap race progressed, Jay Howard Driver Development’s Rasmussen was able to open out a sizeable lead and controlled the race at the front around the twisty Alabama circuit for the most part.

As the race came to its conclusion, Rasmussen, who had an eight-second lead, had a spin allowing his rival to close up. On top of that, he was given a five-second post-race penalty for blocking McElrea.

Rasmussen had just a few laps to open up a five-second lead. He was unable to do so, despite setting the fastest lap on the final lap.

McElrea took second on the road but the victory overall, his second in IP2000 after winning last year’s St. Petersburg finale, while Juncos Racing’s Artem Petrov beat race one victor Braden Eves to round out the podium and finished narrowly behind Rasmussen in the times.

Abel Motorsport’s Jacob Abel was close behind Eves in fifth and just ahead of JHDD’s Wyatt Brichacek and Pabst’s Colin Kaminsky. While the battles were tight, there was next-to-no overtaking on the twisting track.

Juncos’s Manuel Sulaiman, who was disqualified from the first race for a technical infringement, took eighth ahead of RP Motorsport duo Enaam Ahmed and Enzo Fittipaldi.

Juncos’s Reece Gold started third but ran wide at the first corner and ended up 13th after being unable to make any progress after that.

His team-mate Kyffin Simpson finished last after running well in the top 10 before having to pit for an issue. He held the fastest lap point until Rasmussen’s final lap.