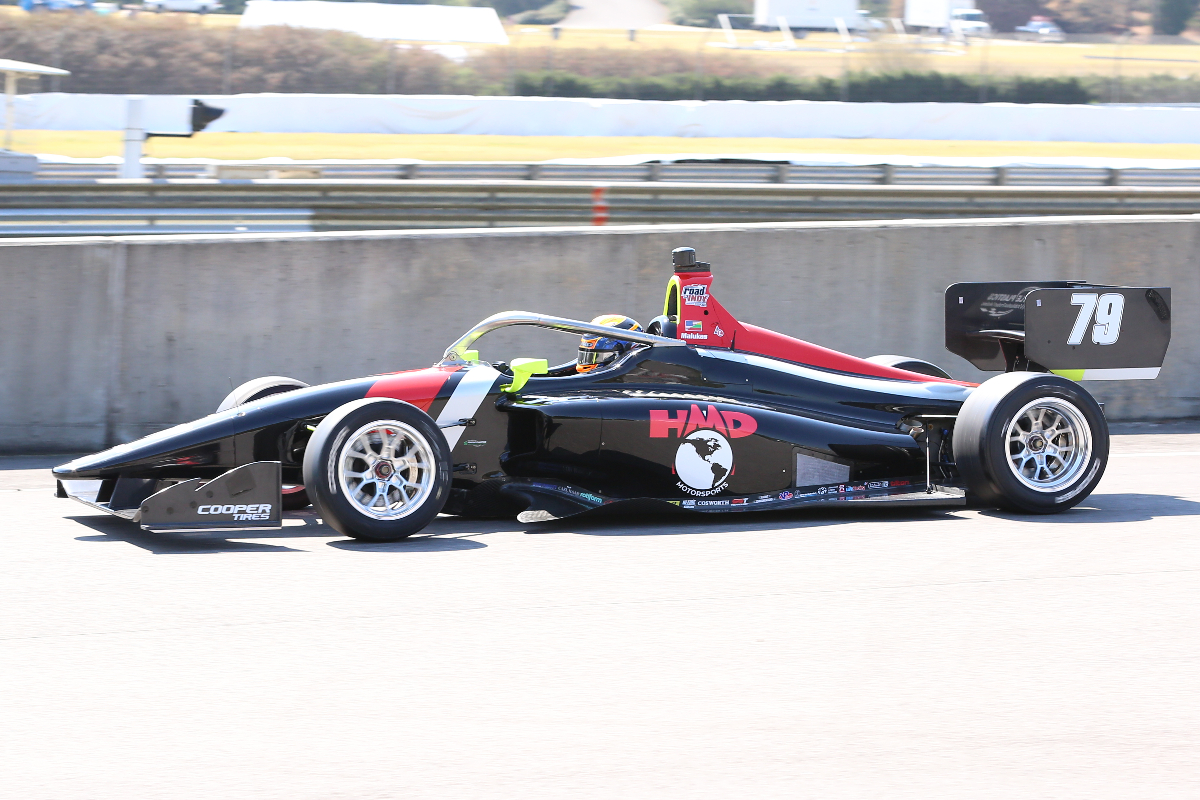 The first of two sessions ran for two hours, starting at 10:30am local time, and HMD Motorsports’ David Malukas was the pacesetter through the first half.

He was finally shuffled off top spot by team-mate Linus Lundqvist, whose car is co-run by Global Racing Group, and the reigning Formula Regional Americas champion remained in first place despite not improving in the final 40 minutes.

Malukas did improve and set a 1m12.5646s on his penultimate lap, putting him just past the other HMD with GRG car of Benjamin Pedersen and 0.1791 seconds behind Lundqvist who he finished second to in FRegional Americas last year.

Kyle Kirkwood was the top Andretti Autosport driver in fifth, and Formula Scout understands he was the cause of a session-ending red flag just after he set his best lap.

Andretti Steinbrenner Autosport’s Devlin DeFrancesco started the longer three-hour afternoon session on top, and as in the previous day’s Indy Pro 2000 and USF2000 tests there wasn’t an immediate improvement in laptimes as the day got hotter.

DeFrancesco’s Andretti team-mate Danial Frost spent some time in first place during the first hour before Lundqvist became the first driver to break back into the 1m12s, and then improved several times to keep himself there for almost an hour until Malukas set a 1m12.3418s that meant he also bettered Lundqvist’s session one benchmark.

Just a few minutes later the on-track action was stopped entirely after HMD’s Nikita Lastochkin went off at the pit entry, and when the session was restarted most focused on long runs.

Robert Megennis (Andretti) rose to third late on, and Kirkwood set a lap good enough for fourth in the session during his final run after sitting out the first 90 minutes. Neither Lundqvist or Pedersen matched their morning pace but were second and third overall in the pre-season test, ahead of the Andretti pair.

Former FIA Formula 3 Championship racer Alex Peroni, whose car is co-run by Carlin and Jay Howard Driver Development, was sixth in the pre-season rankings and Frost left it until the very end to improve on the lap that had put him in first place early on to finish the day in seventh.

DeFrancesco, like the GRG pair, could not improve on his session one pace and as a result slipped down the order to 10th.