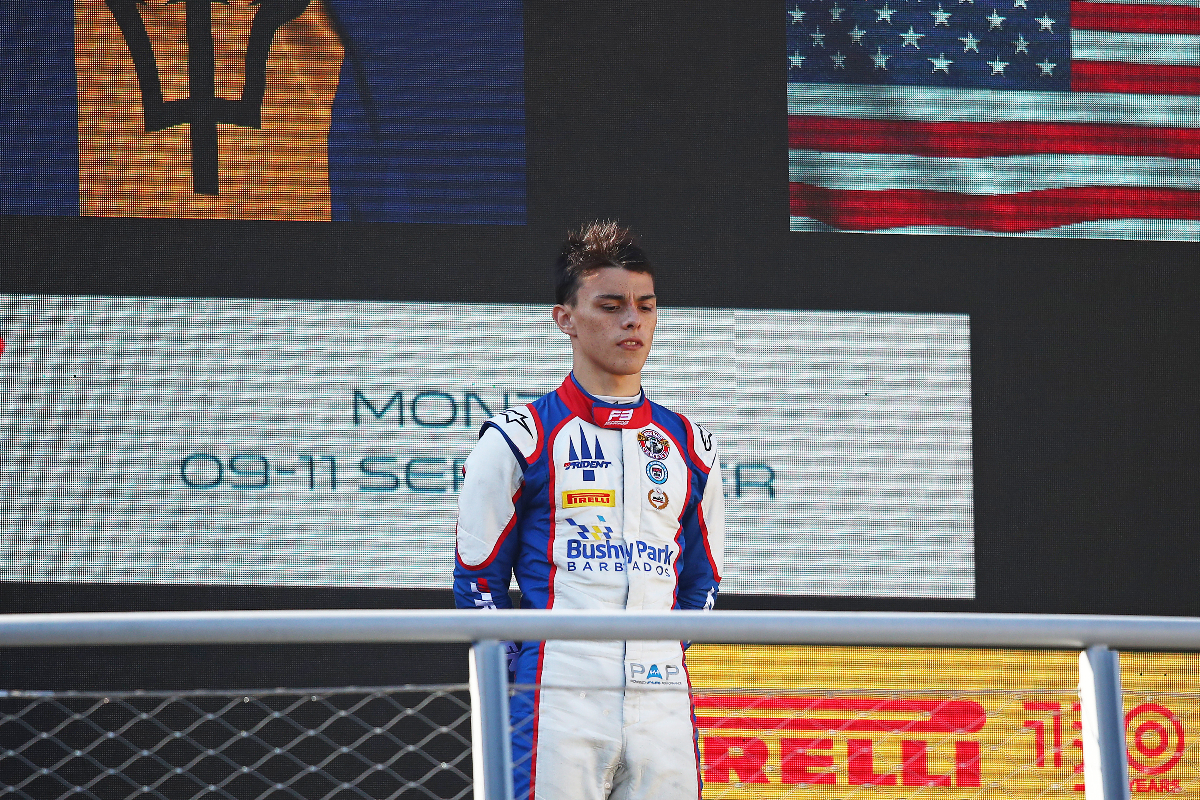 Zane Maloney won FIA Formula 3’s title-deciding feature race at Monza, but it wasn’t quite enough to become champion as he missed out by five points.

The Trident driver had put himself in title contention with consecutive feature race wins at Spa-Francorchamps and Zandvoort. He claimed another in the season finale – an unmatched feat – and it lifted him from fourth to second in the final standings but left him just short of the title. It did however mean he was the year’s top rookie.

“I’m very happy and very sad at the same time,” Maloney told Formula Scout in the paddock after the race. “The team gave me an amazing car each weekend, so great job to the team.

“It’s a big shame to end it how we ended it. But well done to Victor [Martins, the new champion]. He’s done a great job all the year like all the other drivers. We’ve all been really fighting hard and Victor is a deserving champion, so well done to him. Vice-champion doesn’t sound so good now that you look at it, but it’s still a great result.”

Maloney’s early 2022 season was marked by two significant errors at Imola, where he spun out of the feature race lead in preparation for a safety car restart, and Barcelona, where he missed the weighbridge during qualifying and had to start both races from the pitlane.

“Now, I’m even more angry at myself in terms of the Imola mistake, the Barcelona mistake. Without these, it would have looked a lot different,” he added.

“I’m very satisfied and very happy about the last part of the season. I’ll keep that in my mind and continue to work towards even better goals. Of course, now I can start to look back at the season in a whole, and it was amazing, an amazing experience, amazing pace with the team, they’ve done a great job.

“This is my life, so of course it means a lot to be runner-up. If you told me that before the summer break, it would have been impossible. But we made it possible, and we got it done,” Maloney affirmed, proud of the job done in the back-to-back-to-back weekends that ended the year, having been 14th in the standings at the season’s halfway point.

“The win is what you want, so a bit disappointed when it comes to that. We’ve done everything we could the last part of the season, so I’m happy with that. The team did an amazing job, so we hold our heads up high and focus on whatever the plan is next year.”

Asked about the red flag ending to the Monza feature race, Maloney acknowledged that he “wouldn’t have liked to win the championship in that way”.

“I just wish that we were able to restart the race because then it would have been fair with the penalty for [the penalised Martins] to drop back. How it ended, he didn’t deserve to drop out of the championship win.”