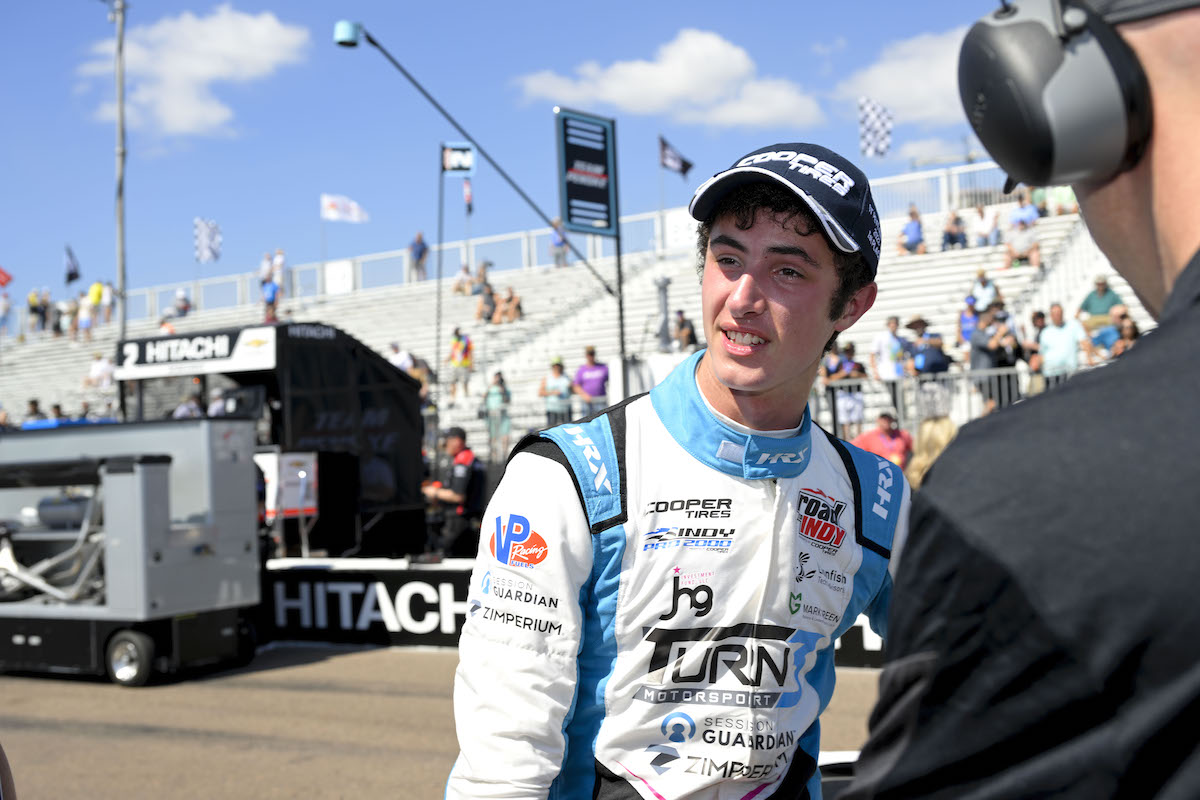 After two full years in USF2000, Green graduated to IP2000 this year with Turn 3 Motorsport and won the season-opening race at St Petersburg from pole position.

He didn’t win again, achieving three further podium finishes on his way to sixth in the standings, but that has not discouraged the New York native from moving on from the category after only one year.

“It is the perfect time to make the move up to Indy Lights,” Green said. “The series is gaining a ton of momentum and to have the support from Penske Entertainment behind the program is great.

“Next year will provide a new challenge for me, but also for all the drivers in Indy Lights as we will make the switch to Firestone tires.

“I know I’m ready to move up. I’m prepared to do all that it takes to fight up front, and I know with HMD’s help my performance will take a huge step in the right direction.”

HMD ran Linus Lundqvist to the Indy Lights title this year and Green is its first confirmed signing for the 2023 season.

“Josh was very confident in all of our meetings, and we believe that he has huge potential,” the team’s general manager Mike Maurini said. “While we expect some growth through winter testing as we do with any new driver, I believe that he will be a threat once we take the first green flag of 2023.”

Green is the third rookie already announced for Indy Lights next year after IP2000 champion Louis Foster signed with Andretti Autosport and Jagger Jones revealed he would step up directly from USF2000 with Cape Motorsports.

HMD has already handed a debut to Green’s IP2000 rival Nolan Siegel in the season finale at Laguna Seca but no deal has yet been announced for next year.