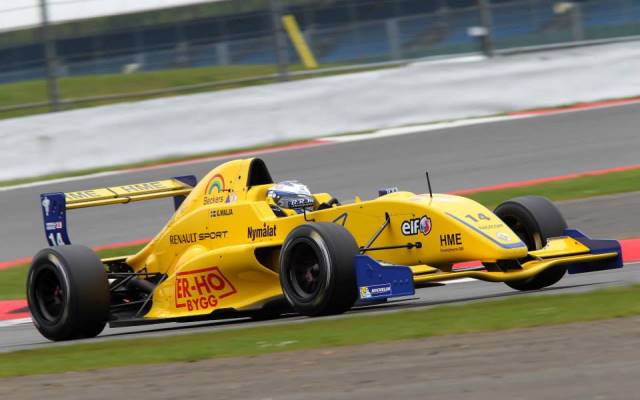 18-year-old Gustav Malja and 17-year-old Ben Barnicoat will start the first and second Formula Renault NEC races of the weekend from pole position at Hockenheim.

The second qualifying was another close one as the top two of Barnicoat and Steijn Schothorst were only separated by 0.06s.

The second and third rows will be filled by Amweg, Morris, Deletraz and O’Keeffe, while Hughes recorded another seventh position.

Austrian Stefan Riener and Mexican Jorge Cevallos will start eighth and ninth respectively, while Malja had to settle with tenth this time.