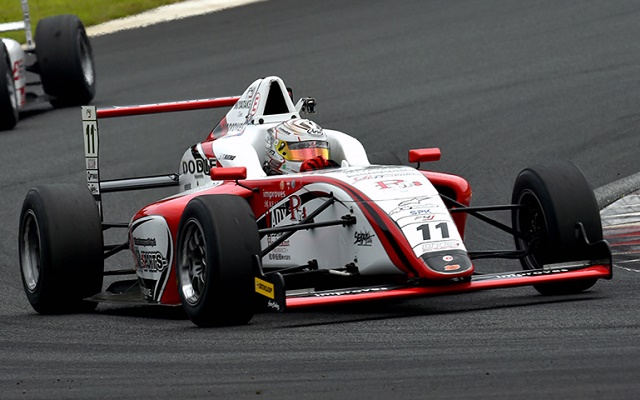 In doing so, Makino and Tsuboi remain the only race winners of the series’ inaugural season, with six races of the 14 scheduled complete.

Katsuhide Kaneishi topped the first qualifying session, but had a grid penalty hanging over him, which promoted Makino to pole.

And Makino would be made to work hard for the win until a lap ten collision between Miku Ikejima and Do Yun Hwang brought out the race-ending safety car.

Kaneishi once more claimed pole in the following qualifying session and actually got to keep his grid slot.

But he was passed by Ohtsu off the line and also slipped behind Tsuboi.

The latter then took over in the race lead on lap four and set out in the distance.

However, he would not have the most comfortable end to the race as Hiraki had worked his way around both Ohtsu and Kaneishi and managed to reduce Tsuboi’s lead, eventually coming up eight tenths short.

Kaneishi beat Ohtsu on the final lap to claim a maiden podium, with Kazuto Kotaka posting his best finish thus far in fifth.

Points leader Makino, meanwhile, finished well outside of the points after having had to replace his front wing on the opening lap.

2012 Formula Abarth champion Nicolas Costa was ruled out from race one before it even started due to a mechanical failure. The Brazilian went from 30th on the grid to 16th in race two.