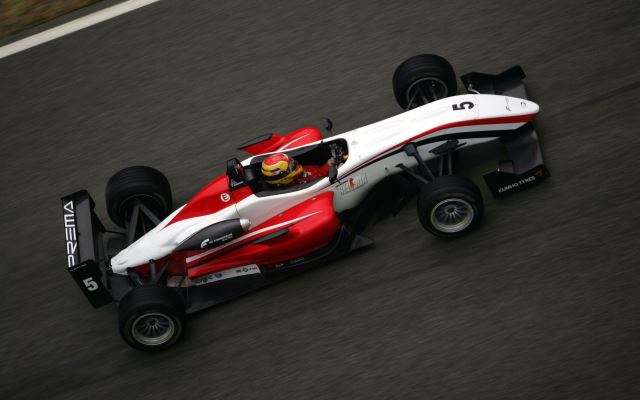 The 21-year-old Frenchman is a former FDA member himself, winning the Formula Abarth title at the first attempt in 2010 before finishing fourth and third in consecutive Italian F3 seasons, the latter for Prema (pictured).

However, he was dropped by Ferrari after failing to win the title, and only did a handful of F3 Open and V de V races in 2013. He returned to Prema last year to take part in the new Italian F4 series, winning six races and taking the Trophy classification, as he was too old to fight Stroll for the main championship.

He continued as team-mate to Stroll in the 2015 Toyota Racing Series with M2 Competition and finished runner-up to the Canadian with five victories, more than any other driver.

?I am very happy for the opportunity to participate in the FIA Formula 3 European Championship,” said Maisano.

“I am aware that this will be a difficult and decisive step in my career but I will do my best to be as often as I can in the top positions. My relationship with the team is very good and I know that I can count on them to do a very good job and continue my progression.?

Team manager Rene Rosin commented: ?We know Maisano really well. While he took third place in the 2012 Italian F3 championship with us, he was forced to leave single seaters in 2013 as he did not have many chances coming for him.

“Once back with us, he humbly restarted from zero in the Italian F4 championship and managed to kickstart his career again thanks to many wins and positive results. And he kept performing early this year, starring in the Toyota Racing Series in New Zealand.

“We felt he deserved even more trust, and a chance to debut in a top-class international environment like the FIA Formula 3 European Championship. So to have, once again, the right occasion to showcase his great skills?.

Stroll and Maisano join Racing Steps Foundation driver Jake Dennis at Prema, with a fourth driver expected to be announced at a later date.

Vieira stays in Italian F4 for a second year