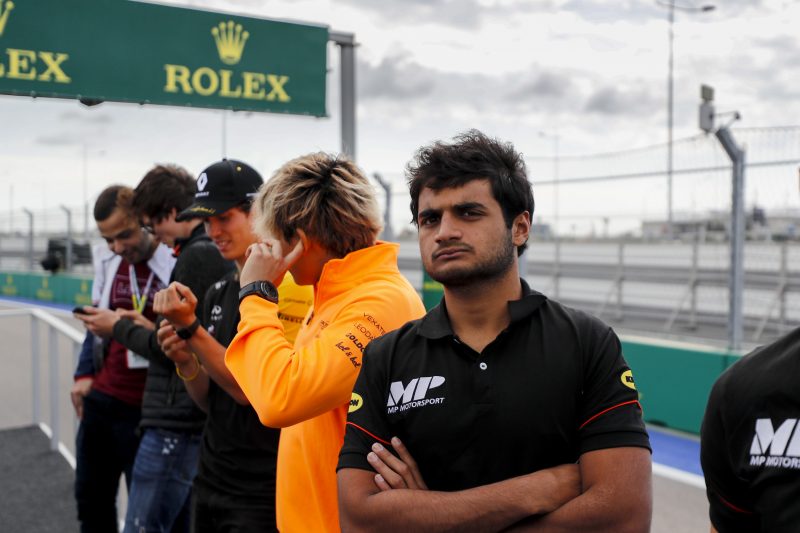 Mahaveer Raghunathan will be start the final Formula 2 feature race of the season in Abu Dhabi from the pitlane as the result of a penalty acquired in free practice.

The MP Motorsport driver, who sits 20th in standings with one point to his name and has already served a race ban due to previous misdemeanours, failed to follow the correct practice start procedure at the end of Friday morning’s free practice session.

Sauber Junior Team’s Matevos Isaakyan had brought an early end to the session when he crashed at Turn 19.

Once the marshals recovered his vehicle, the drivers were then able to practice their starts from the grid as is the usual procedure at the end of free practice.

However, 21-year-old Raghunathan proceeded to make his practice start even when two cars were in front of him on the grid.

As a result, the circuit stewards have required he starts from the pitlane for the feature race, the latest incident in a slew of penalties for misinterpreting the rules in 2019.

In the Bahrain sprint race at the start of the season, he passed the chequered flag twice at racing speed at the end of the race and was handed a 10-place grid drop.

At Monaco he then got a 20-second penalty for punting out Campos Racing’s Jack Aitken in the feature race, before ending his race by crashing into Virtuosi Racing’s Luca Ghiotto. His weekend ended with a three-place grid penalty for corner cutting.

Virtual Safety Car infringements at Paul Ricard brought his penalty points tally above the threshold required for a race ban, meaning he missed the subsequent round at the Red Bull Ring.