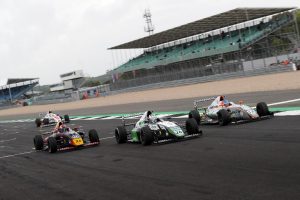 The minimum age for the McLaren Autosport BRDC Award has been lowered to allow the likes of British Formula 4 championship leader Kiern Jewiss to be eligible.

Previously drivers had to be 16 years old by March 1 of that year. Now that has been brought forward to September 30, meaning Jewiss, who only turned 16 in July, is eligible for nomination. The single-seater rookie is of interest to several Formula 1 teams, and has undergone a Ferrari Driver Academy evaluation test.

MABA also has a maximum age limit of 24, also from September 30, and is open to British drivers who have “competed primarily in in a single-seater championship below FIA-spec Formula 3 and not in any higher or equivalent category during the current calendar year”. This accommodates Euroformula Open and Pro Mazda, but not drivers whose main focus has been GP3.

Occasional outings in GP3, European or regional F3 do not rule out drivers if their focus has been on lower categories.

Last year’s winner Dan Ticktum is currently leading the European F3 standings, while 2016 winner Lando Norris was recently announced as one of McLaren’s F1 drivers for ’19. The teenager is currently second in the Formula 2 standings.