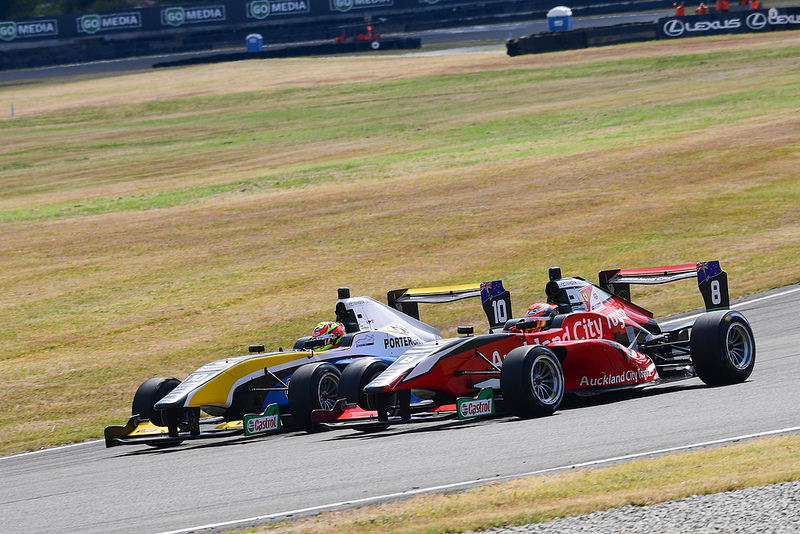 Mark Pilcher, team principal of M2 Competition, has revealed how the dramatic battle for the New Zealand Grand Prix between two of its drivers went down on the pitwall.

Liam Lawson and Marcus Armstrong’s on-track battle at Manfeild decided the destination of the Toyota Racing Series title as well as the victor of the grand prix, both of which ended up with Lawson after Armstrong was penalised for a move on his team-mate.

“We are completely drained after a huge day,” Pilcher told Formula Scout.

M2?secured the teams’ title at the previous Taupo round?with four races to spare, and won 14 of the 15 races held. All six of its drivers won at least once, with both Lawson and Armstrong doing so five times.

“The [drivers’] title was decided after an epic battle on track between Marcus and Liam in both races, unfortunately for Marcus he received a couple of time penalties for aggressive moves on track.

“As the main race developed there were tense moments for the team. We are very happy for Liam obviously but have to say I feel for Marcus.”

Armstrong went into the New Zealand Grand Prix on the backfoot, having also received a five-second penalty in the preceding reversed grid race that dropped him from sixth to ninth in the results. With Lawson having finished that race in fifth, and qualifying ahead of Armstrong for the grand prix itself, it meant six points separated them going into the title decider.

Although Lawson was able to celebrate grand prix victory and the title as rookie, it was a disappointing end to Armstrong’s third season in the championship, and the high level of attrition meant Andre Lotterer protege Esteban Muth was the only other of M2’s drivers to finish the race.

Red Bull junior Lucas Auer had started from pole, but struggled with his tyres and was slipping down the order before being involved in an odd multi-car crash that also took team-mates Artem Petrov and Cameron Das out of the race.

Bernard Dolan: making stars of the future using lessons from the past