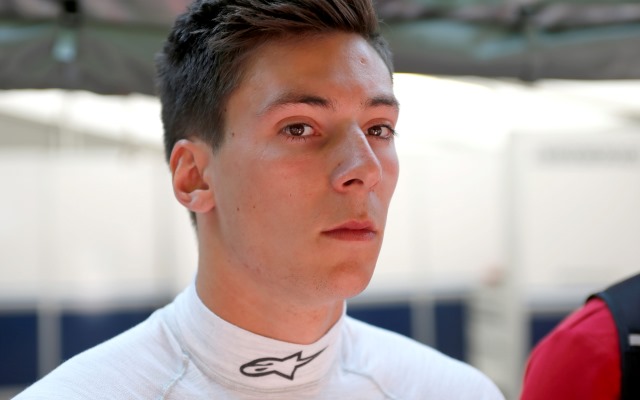 Alex Lynn has joined the ranks of the Red Bull Junior Team and will make the switch to the GP3 Series in 2014.

Lynn, 20, is the second newcomer to the scheme this winter, after Eurocup Formula Renault 2.0 champion Pierre Gasly announced his deal with the programme earlier.

The Macau Grand Prix winner is the first confirmed driver for GP3 for 2014, racing with Carlin.

His previous CV includes the Formula Renault UK title in 2011 and race victories in British F3 and European F3 with Fortec and Prema respectively.

“I am extremely proud to be joining the Red Bull Junior Team and to be also joining Carlin for the GP3 Series,” stated Lynn, who is managed by Austrian ex-F1 driver Alex Wurz.

“It’s a big opportunity that I?m ready to make the most of.?I have spent years going wheel-to-wheel with the Red Bull Carlin cars, so now it will be cool to be racing one myself.”

Carlin endured an up-and-down campaign in GP3 in 2013, taking fourth in the teams’ standings and securing a sole victory courtesy of Alexander Sims.