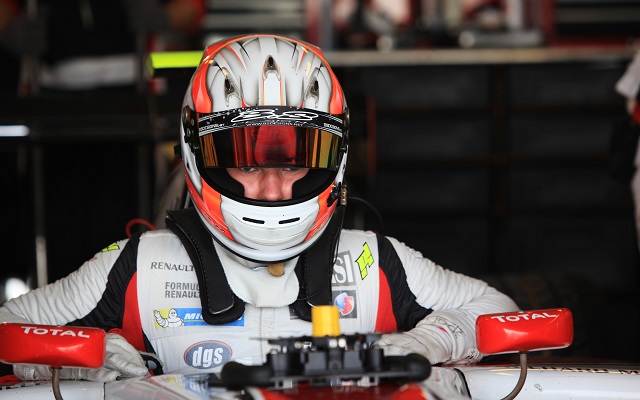 Arden Motorsport have confirmed that they will be running Eurocup Formula Renault 2.0 champion and newly-announced Red Bull junior Pierre Gasly in Formula Renault 3.5 next year.

The Frenchman, who made it known last month that he would race with the British team, completes the move after a strong test with Arden at Aragon in November. He also tested this post-season with Tech 1 Racing, who ran him to his Eurocup triumph this past season.

He makes the same move up the World Series by Renault ladder as the previous Eurocup winners?Robin Frijns and?Stoffel Vandoorne, who both enjoyed stellar rookie seasons, finishing as the champion and the runner-up respectively.

“For next year I think that the goal is clear,” Gasly said. “I have seen from this year and previous seasons that it is possible to do a good job in the first season so the goal is to win the championship.”

The 17-year-old enjoyed a strong sophomore campaign in the Eurocup, after finishing tenth in 2012, and fought off a strong challenge from adversary Oliver Rowland to take the crown at the season-ending Barcelona round. Previously he competed in the highly-competitive French F4 Championship, where he finished third in 2011.

Arden, meanwhile, will continue their association with Red Bull after running Lewis Williamson and Antonio Felix da Costa over the past two seasons under the Arden Caterham banner, with the Portuguese ace finishing fourth on a part-time campaign in 2012 and third this season. The team also ran Brazilian?Pietro Fantin in 2013.

Gasly becomes the latest member of the Red Bull Junior Team to race in the series and will join fellow member Carlos Sainz, Jr., countryman Norman Nato, Rowland and Pietro Fantin as the only drivers confirmed for 2014.