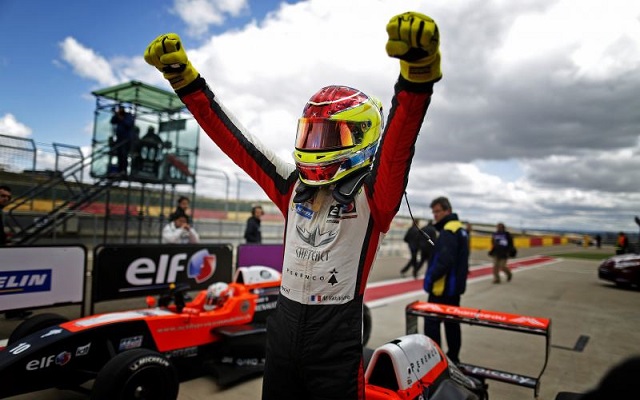 2011 French F4 champion Matthieu Vaxiviere has revealed that he’ll be joining the Formula Renault 3.5 grid in 2014, having reportedly agreed a deal to race with the Lotus WSR squad.

The 19-year-old driver is the third Frenchman to announce his presence on the next year’s championship roster, joining the likes of Pierre Gasly and Norman Nato.

The move comes a as a bit of a surprise following two tough years for Vaxiviere in the Eurocup Formula Renault. A title winner in French F4 in his debut year of single-seater racing, he subsequently struggled with his switch to 2.0 machinery, scoring only one point in his rookie season with Tech 1.

Having been retained by the French squad for 2013, he stunned the World Series by Renault paddock by taking a double victory in the season opener at Aragon, but was nowhere near to that form throughout the rest of the year and wound up finishing tenth in the standings.

Vaxiviere did several post-season test days with both Lotus and Pons, ultimately having settled for the former. It is widely expected that the Frenchman will be joined by Lotus F1 junior Marlon Stockinger in the team’s lineup.

2013 was a trying year for the Czech squad, with then-rookie Stockinger learning the ropes and team leader Marco Sorensen enduring a rocky sophomore season, despite two stellar victories at the Red Bull Ring.