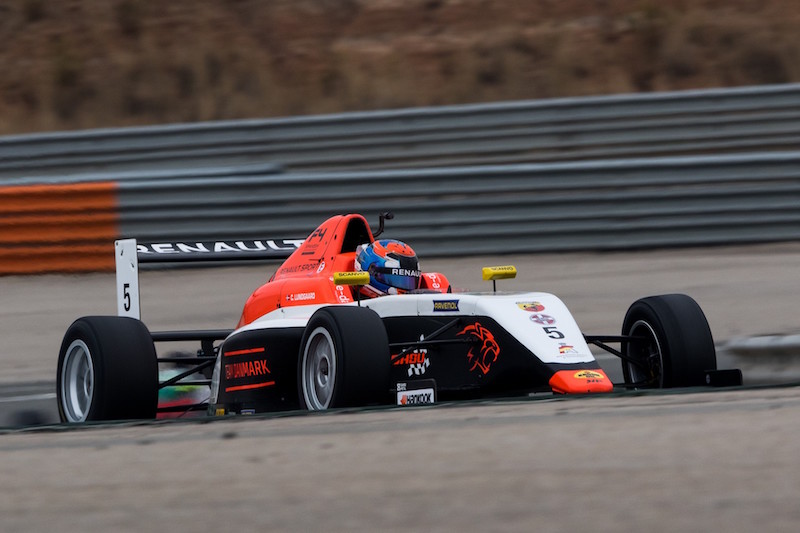 Christian Lundgaard won the penultimate race of the Spanish Formula 4 season at Estoril to close on the title.

Lundgaard led from lights to flag and managed a safety car restart on the way to his first win since the second round of the season.

A stunning start from Alexandr Smolyar promoted him to second from third on the grid.

Bent Viscaal and Guillem Pejeu kept Smolyar under pressure and the SMP Racing driver couldn?t chase after his title rival. But Smolyar kept the position before an early safety car neutralised the race to recover the stricken Drivex School car of Jakes Caouette.

Viscaal and Pejeu jumped past Smolyar on the restart, knocking the championship contender to fourth. He was left to battle with Lukas Dunner, who had kept him under pressure in the opening race of the weekend.

Despite a series of fastest laps, Viscaal couldn?t keep up with his team-mate and finished a second behind Lundgaard.

Pujeu finished 1.5s behind Viscaal to take third from fifth on the grid.

Smolyar held off attacks from Dunner to finish fourth, putting him 13 points behind Lundgaard with just one race remaining.