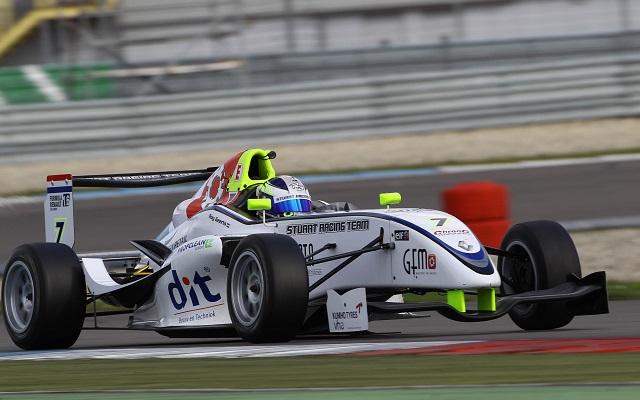 German karting graduate Lukas Wenig will join the Formula Renault 1.6 NEC grid in 2014, having signed a deal to race with Stuart Racing Team.

Wenig, 15, makes the switch to car racing on the heels of a successful karting career, which saw him take the ADAC Kart Masters title in the Bambini A class in 2008 and 2009. Prior to his graduation from karting, he raced in the Rotax Max class, notably taking second in the Euro Wintercup in 2012.

He extensively tested with Lotus’ ADAC Formel Masters outfit, but instead opted for a debut in 1.6 NEC. The young German is notably sponsored by AutoBild Motorsport, as well as entertainment giants Nintendo.

Wenig is the second driver to be announced for the 1.6 NEC grid, after fellow karting graduate, Hungarian Ferdinand Habsburg was confirmed as a race driver for Lechner Racing. Habsburg, 16, achieved good results in local championships and has also tested ADAC Formel Masters machinery before switching to NEC.