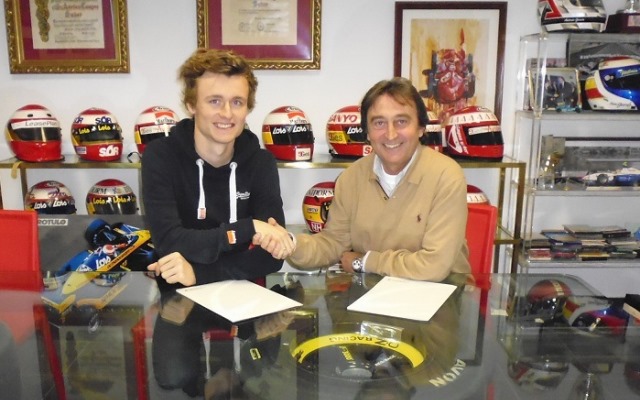 Arthur Pic has signed with Campos Racing for his first season in the GP2 Series.

The French driver becomes Adrian Campos’ first driver for his return to GP2, after buying back the team he sold to Addax’s Alejandro Agag at the end of 2008.

Pic’s older brother Charles raced for Addax in 2011 and finished fourth in the standings, before moving on to Formula 1.

Campos said: “We followed him closely and his future looks brilliant. I am sure that he will bring us great joy in terms of competitiveness. We are also working to make him feel immediately at home.”

22-year-old Pic has competed in Formula Renault 3.5 for the past three seasons, finishing eighth in the standings in 2012 and 2013 driving for DAMS and AV Formula respectively.

Prior to that, he won the Formul?Academy Euro Series (now French F4) title in 2008 and finished third in Eurocup Formula Renault 2.0 in 2010.

He has sampled GP2 machinery with DAMS at the end of 2012 and more recently ART and Arden in Abu Dhabi in November.