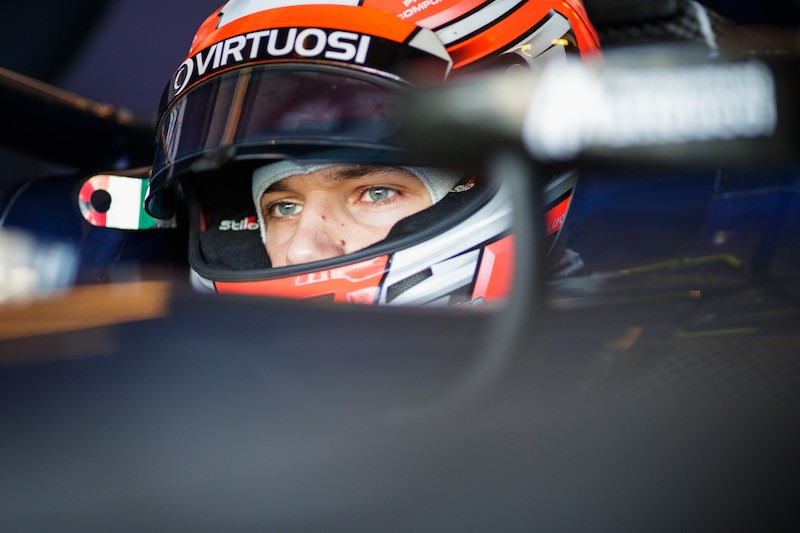 Luca Ghiotto has secured the second seat at the UNI-Virtuosi Formula 2 team for 2019, returning to the former Russian Time outfit after a year away.

Next year will be the Italian driver’s fourth at GP2/F2 level after he ran Esteban Ocon close for the GP3 title in 2015.

He came eighth in the standings with Trident in his rookie campaign and was then fourth in 2017, helping the Virtuosi-run Russian Time squad to the teams’ title alongside team-mate Artem Markelov with an ultra-consistent campaign where he finished every race and scored in all but two.

Ghiotto switched to Campos Racing for the introduction of the new F2 car in 2018 and finished eighth overall, scoring a double podium at Paul Ricard and another third place in the Abu Dhabi feature race.

He rejoined Virtuosi for the post-season test in Abu Dhabi last week alongside new team-mate and Formula 3 graduate Guanyu Zhou.

?I am obviously very excited to be joining UNI-Virtuosi Racing,” he said.

“I am re-joining this group of hard-working people just 12 months after our last race together in 2017.

?Each one in the team has the highest culture of motorsport and a winning pedigree, which you can feel in every single act and their approach to motor racing.

“Obviously, our common target is to do much better than in 2017, when we ended fourth in the drivers? championship.”

UNI-Virtuosi’s Andy Roche added: “Luca tested in Abu Dhabi with us last week and immediately felt comfortable as did the team. It was like he had never been away!

“He will be an invaluable asset to the team for 2019 and, alongside Guanyu Zhou, we have a formidable pairing for the upcoming season.”