Lotus’s one to watch: Esteban Ocon 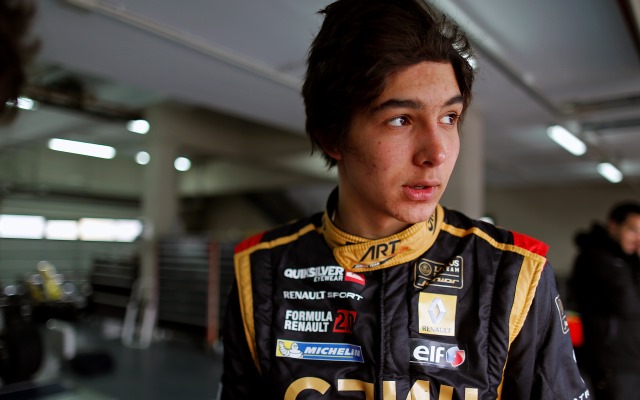 He may have only turned 17 less than a month ago but Frenchman Esteban Ocon is already making an impact in the racing world, taking his first win in the competitive Eurocup Formula Renault 2.0 series last weekend on home soil at Paul Ricard. Sitting third in the standings surrounded by drivers with more years than him in both age and in experience, he is part of the Lotus junior setup and looks like he could go a long way.

Born in Normandy, Ocon began his racing career like many others in kart and had an impressive record, winning the Minime, Cadet and KF3 divisions in France alongside a second place finish in the WSK KF3 Euro Series, before moving on to cars in 2012.

His talents earned him the support of Gravity Sport Management, a company set up in 2008 to discover, finance and develop young and upcoming drivers. It has since become linked to the Lotus F1 Team through Gerard Lopez and Eric Boullier, giving Ocon a place on their junior squad.

Ocon?s debut single-seater season saw him compete in the Eurocup Formula Renault 2.0 series with Koiranen GP where he achieved four top-ten finishes, including a podium at Paul Ricard, despite being so young and inexperienced. Alongside that, Ocon managed to finish seventh overall in the 2012 Formula Renault 2.0 Alps series, with two podiums and seven top-ten results, without even completing the full season. 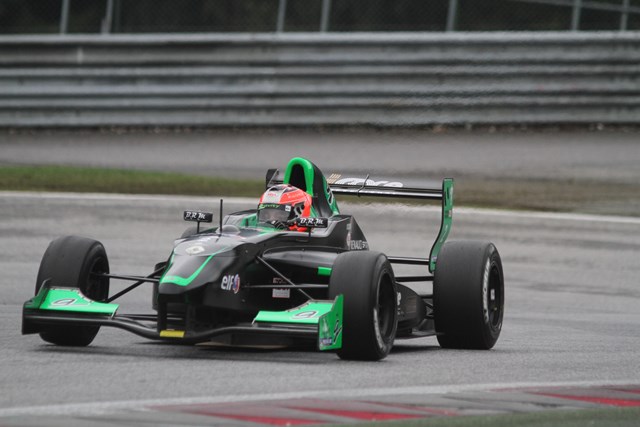 He switched from Koiranen to ART Junior for the 2013 campaign and his consistency has kept himself in the mix throughout. He has finished every Eurocup race, only failing to score points on one occasion. Three second-place finishes and an overdue victory at Paul Ricard – thanks to a fine late overtake on Jake Dennis – means Ocon sits 44 points adrift of fellow countryman Pierre Gasly with one race weekend remaining.

Ultimately, the Frenchman will fall slightly short of winning the championship, barring a drastic twist involving Oliver Rowland and Gasly but third will still be a fine result in just his second year of single-seaters. The Paul Ricard victory wasn’t his first in cars, having won the NEC season opener at the Hockenheim back in April, also going on to collect second places on further appearances in the series at the Nurburgring and Most.

We are yet to know what the future holds for Ocon, however it will be Gravity and Lotus who dictate where he is set to compete next year. With the Eurocup as competitive as it is, there would be no harm in embarking on a third season and gong for the title in 2014. However, he has already been testing F3 with top team Prema and, having impressed, he could well race in the European Championship for the Italian squad.

Talent rating: For such a young age, Ocon has exceptional potential. His karting accomplishments speak for themselves and his adaptation to single-seaters has been natural. He is showing great consistency and his speed is excellent. To take his talent to the next level, he will be hoping to develop more of a cutting edge, like he displayed when passing Dennis to take victory at Paul Ricard in order to collect more podiums and race victories. 8/10

Chances of getting to F1: It would appear that Ocon has all that it takes to make it to F1 and he should progress into an even better driver. The support he currently has from Gravity, who he has been with for four years, and the Lotus F1? Team suggests that if he can continue to impress at every opportunity he is given, the pathway to F1 is certainly achievable. 8/10 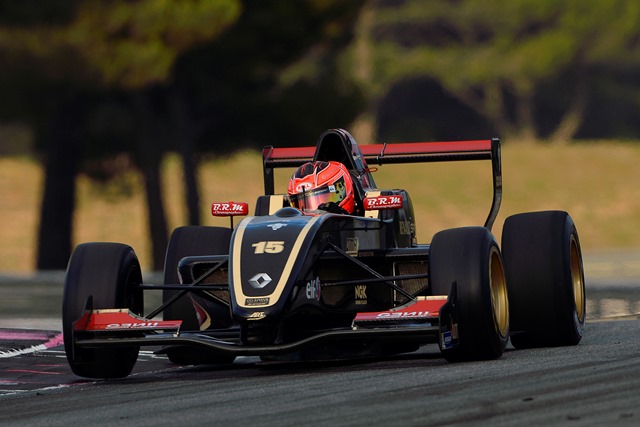