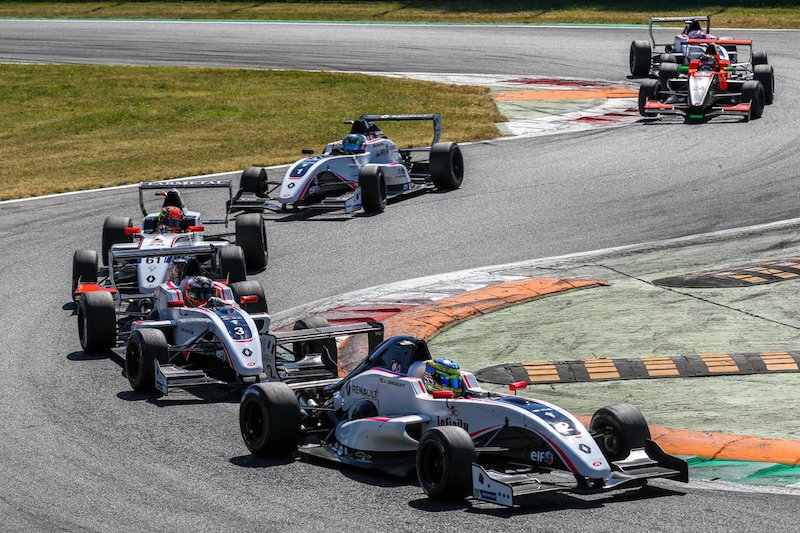 Sargeant snatched the lead from pole sitter Charles Milesi on the second lap, but remained under pressure throughout the race.

The top six ran nose-to-tail early in the race, with positions changing every lap. Sargeant was eventually able to pull out a small gap as Max Fewtrell and Lorenzo Colombo battled for second, but the recovering Milesi was quickly able to close the gap once he returned to the lead of the chasing pack.

Milesi closed onto the back of Sargeant, leaving the rest of the pack a few seconds behind, and was able to pull alongside the race leader. Sargeant fought back, forcing Milesi onto the gravel and dropping him back to third.

Sargeant was unchallenged throughout the remainder of the race, finishing more than three seconds ahead of Fewtrell.

Fewtrell held onto second after a late attack from Victor Martins and Frank Bird, while Milesi dropped back to fifth in the closing stages of the race.