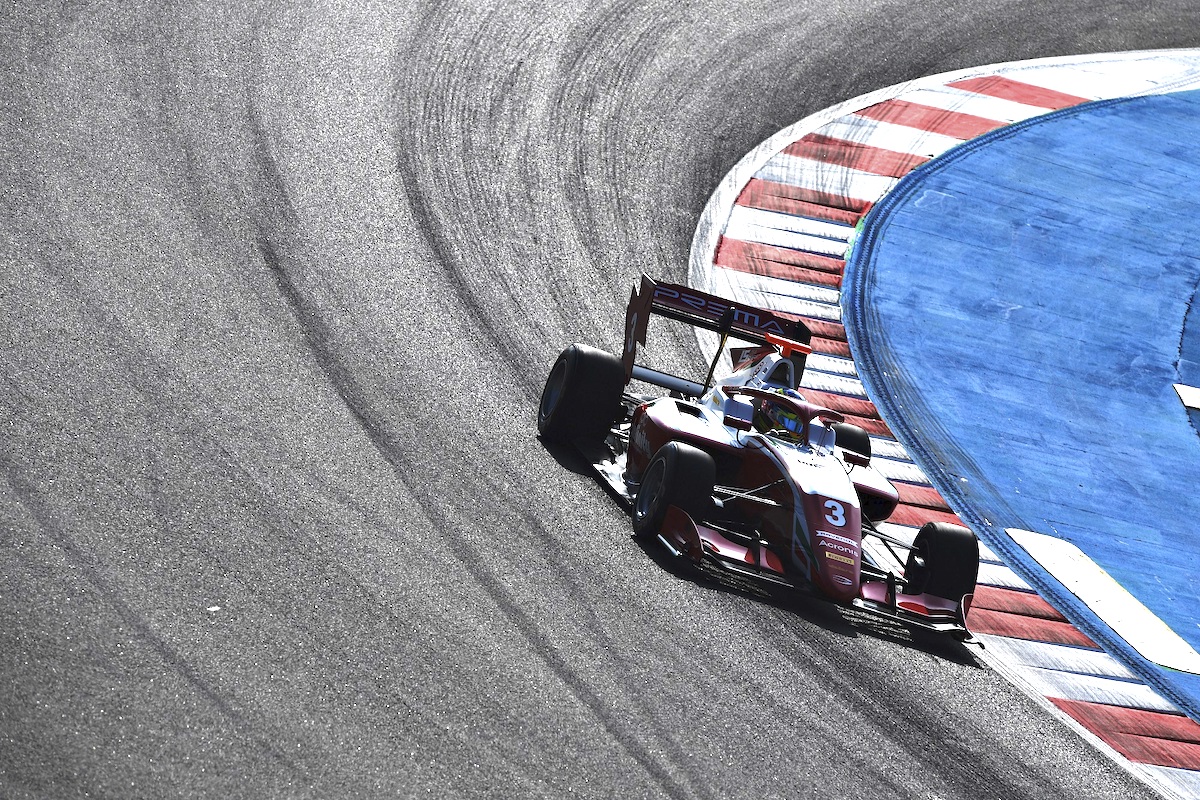 Prema’s Logan Sargeant secured his third FIA Formula 3 pole position in a row by taking the top spot in qualifying at Barcelona.

Championship leader Sargeant left it late to take the top spot, putting in his best effort towards the conclusion of the 30-minute session.

Initially, Sargeant’s Prema team-mate Oscar Piastri was setting the fastest times, but slipped back to fourth in the end, albeit only a tenth behind Sargeant.

HWA Racelab’s Jake Hughes took second at the end, ahead of Hitech’s Liam Lawson – who appeared to have an issue in the middle of the session that was not terminal.

Sebastian Fernandez was the highest-placed ART Grand Prix driver in fifth, ahead of Carlin’s Clement Novalak.

The pair – like a few others towards the bottom of the standings – opted to run in the gap in the middle of the session. Initially, it appeared to work, but both slipped down the order to ninth and 10th and are under investigation over a case of impeding.

The third Prema driver Frederik Vesti could only manage 15th, while practice pacesetter Roman Stanek was only 19th – albeit still the fastest Charouz driver with team-mates David Schumacher 26th and Igor Fraga 28th.

The most recent race winner Bent Viscaal was 23rd, the last driver within one second of pole.

A crash for slowest driver Alessio Deledda at Turn 4 brought the session to a premature conclusion – mirroring what occurred in the practice session this morning.