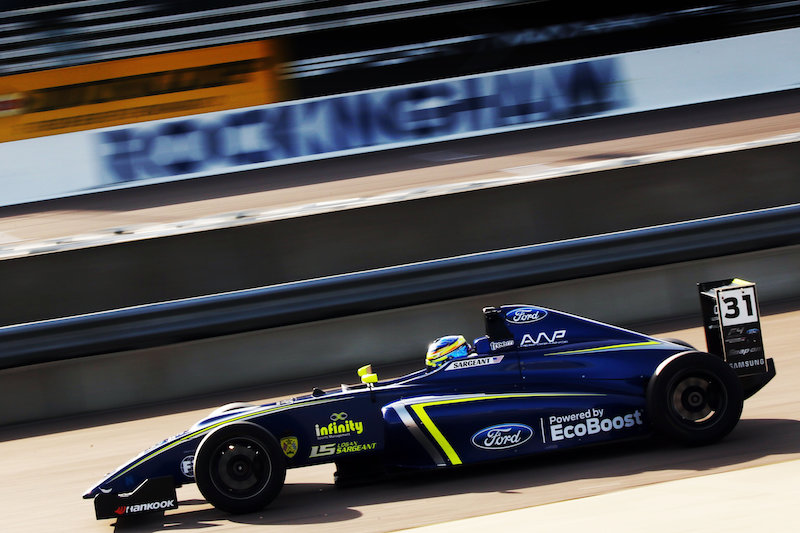 Logan Sargeant finally took his first British Formula 4 win in the third race at Rockingham, and closed in on second place in the standings in the process.

The American only looked challenged right at the start, where the wide Turn 1 made it look like he could drop down to fourth after strong starts from those behind him.

Once the cars reached the narrow Deene Hairpin though it was clear he was comfortably still in the lead and from there he pulled away to his first triumph.

Oliver York took his seventh podium of the season in second, ahead of championship leader Jamie Caroline, Arden?s Ayrton Simmons and race one winner Linus Lundqvist.

The battle for sixth place and the Challenge Cup victory was a close one, with Olli Caldwell holding off Hampus Ericsson despite electrical problems meaning he had no dash on his steering wheel. The problems got worse though and his car got stuck in second gear; putting him out of the race and handing the position and class win to Ericsson.

Oscar Piastri continued the bad fortune that struck his races one and two with an early clash with Lundqvist and then a race ending engine problem.

He now lies 74.5 points behind Caroline in the standings, meaning the Carlin driver will wrap the title up at Silverstone if he outscores Piastri.