written by Bethonie Waring 5 May 2018 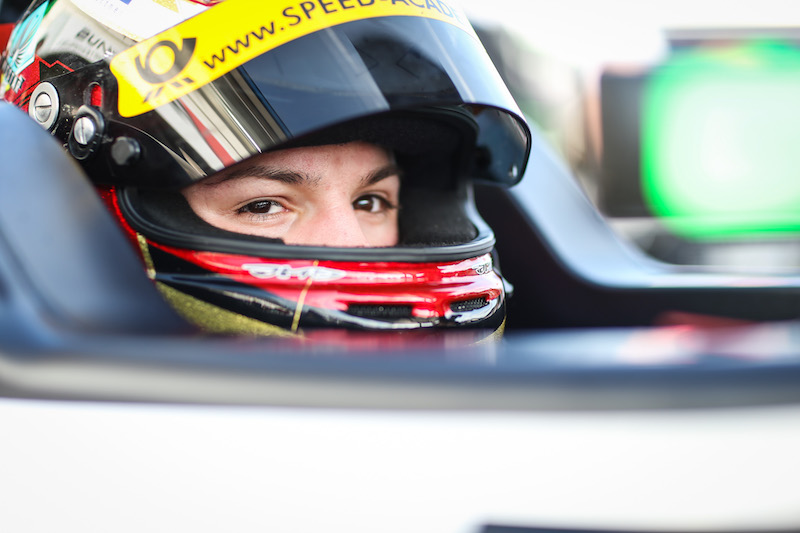 Lirim Zendeli extended his lead at the top of the championship with his third ADAC Formula 4 victory in four races this season, in race one at Hockenheim.

After an early safety car, Zendeli was immediately under attack from team-mate Mick Wishofer, with Olli Caldwell and Liam Lawson battling close behind. Zendeli held off the attacks and Wishofer ran wide, dropping him down the order and allowing Zendeli breathing room.

From that point on, the championship leader remained unchallenged. Lawson in P2 began to close the gap to the leader in the second half of the race but finished 1.421s behind.

Caldwell completed the podium a further 1.4s back.

The race was neutralised after the opening lap when Leon Kohler hit the back of team-mate Niklas Krutten, knocking of Krutten?s rear-wing and forcing them both to retire. Prema?s Gianluca Petecof was also caught up in the incident when Krutten?s rear wing became lodged under his car and he was sent into the gravel.

David Schumacher spent the first part of the race trying to find a way past Enzo Fittipaldi for P4, with Frederik Vesti and Charles Weerts close on his tail. He switched between defending from the Van Amersfoort duo and attacking Fittipaldi before finding a way past the Prema driver with a clean move around Parabolika. He then set about chasing after Caldwell but could only close the gap to just over three seconds by the chequered flag.

Fittipaldi put up a strong defence against Vesti, who was pushing hard for a way past. The Van Amersfoort driver ran out of laps before he could make a move stick and had to settle for P6, ahead of Weerts and Prema debutant Jack Doohan.