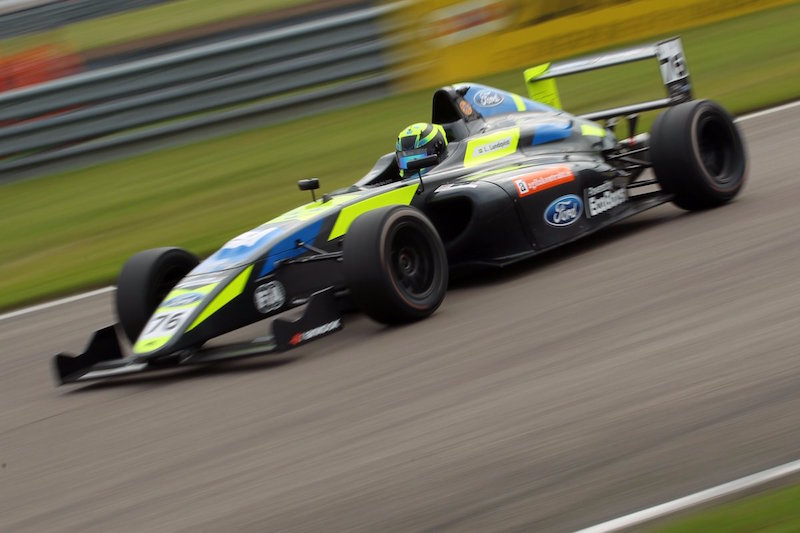 Linus Lundqvist continued his record of winning at every track he has taken pole at in British Formula 4 with his fourth win of the season at Rockingham.

Lundqvist topped qualifying by a narrow 0.055 second margin to Oliver York, and maintained that pace advantage in the race.

Behind the pair was championship leader Jamie Caroline, who leapt up from fifth at the start and spent the duration of the race defending from Carlin team-mate Logan Sargeant who was running a new set of tyres.

Arden?s Ayrton Simmons and Alex Quinn finished fifth and sixth, with Patrik Pasma finishing a distant seventh after a still yet to be discovered gremlin on the final lap.

Oscar Piastri, who has so far been Caroline?s closest rival in the championship, snapped his front wing on Sargeant?s rear wheel during a first lap tussle with Simmons, dropping from sixth to eighth.

He then remarkably held on to that position for several laps while lacking a significant amount of downforce compared to his rivals.

Eventually he let go of the position and was then handed a black and orange flag directing him to pit to repair the damage. The time lost meant it was not worth returning to the track and Piastri retired with no points and a 60.5 point deficit in the championship.