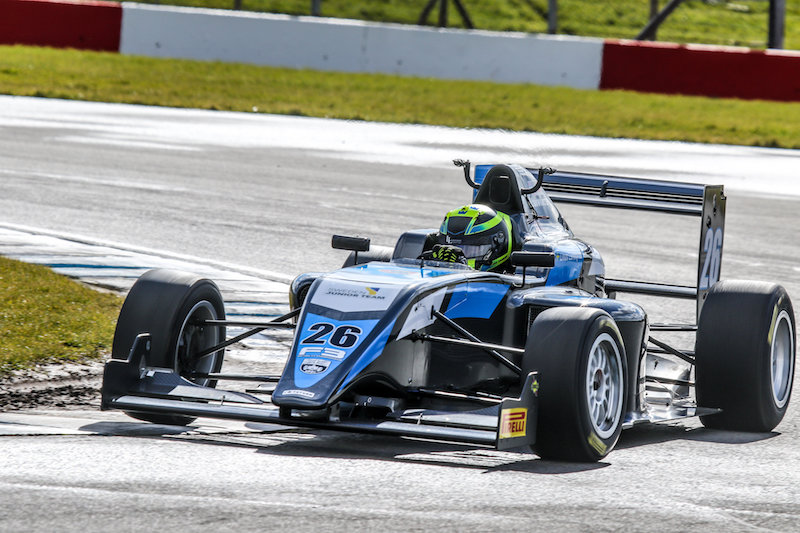 Double R Racing’s Linus Lundqvist topped the opening day of BRDC British Formula 3 testing at Spa before the second of the two scheduled days was cancelled due to snow.

Lundqvist set a 2m16.189s on Wednesday afternoon, which was over six-tenths quicker than Fortec Motorsport’s Tristan Charpentier.

Nicolai Kjaergaard led a Carlin 9-10-11, with a time 1.647s slower than Lundqvist’s benchmark.??Sun Yue Yang was 10th with Billy Monger 11th, as he continues preparations for a racing return.

Josh Mason,?Alexandra Mohnhaupt and?Ben Hurst completed the timesheet on day one, with the second day snowed off.

The grid will reconvene next Thursday for another two-day test ahead of the season opener at Oulton Park the same weekend.