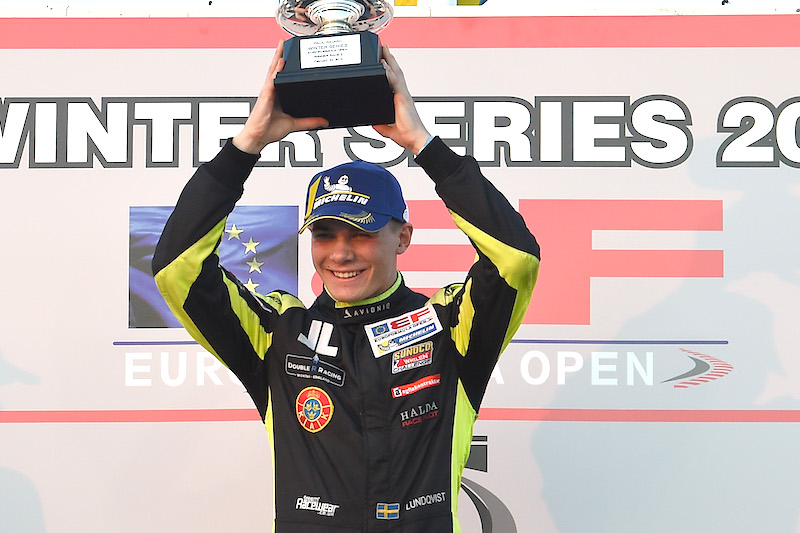 The Swedish driver beat Carlin’s Nicolai Kjaergaard to win the British F3 championship last year at the rain-affected final round of the season at Silverstone.

He recently took part in the Euroformula Open Winter Series event at Paul Ricard with series regular Campos Racing, winning the second race, but will team up with Double R once more as it enters the championship.

This will mark his third year with Double R Racing in a third different championship, having joined the team for British Formula 4 in 2017.

“I?m super excited to be back with Double R for a third year,” Lundqvist said. ?I think we showed what we can do together last year [winning the British F3 title], and the target would be to fight at the top this year as well.

“I also want to say thank you to all of my backers and everyone who made this possible, I can?t wait to be back out on track.”

Double R Racing team principal Anthony Hieatt believes that Lundqvist has the talent to instantly be one of the front-runners this year in Euroformula Open.

“Everyone at the team is ecstatic Linus will be a Double R driver again this year,” Hieatt said.

?We?ve achieved so much together over the past couple of seasons, culminating in winning British F3 last year, so it?s going to be fantastic to continue that partnership together into the Euroformula Open.

“He?s a fantastic driver, bags of commitment and ability, and I?ve got every confidence he will be one of the true front-runners from the first round.

“With Linus joining Jack [Doohan] we?ve got a great line-up already for Euroformula Open, and we still have the third seat to confirm.”

Alongside staying with Double R, Lundqvist has joined the Infinity Sports Management stable that also includes Kjaergaard, who is making a similar move to Euroformula Open with Carlin.