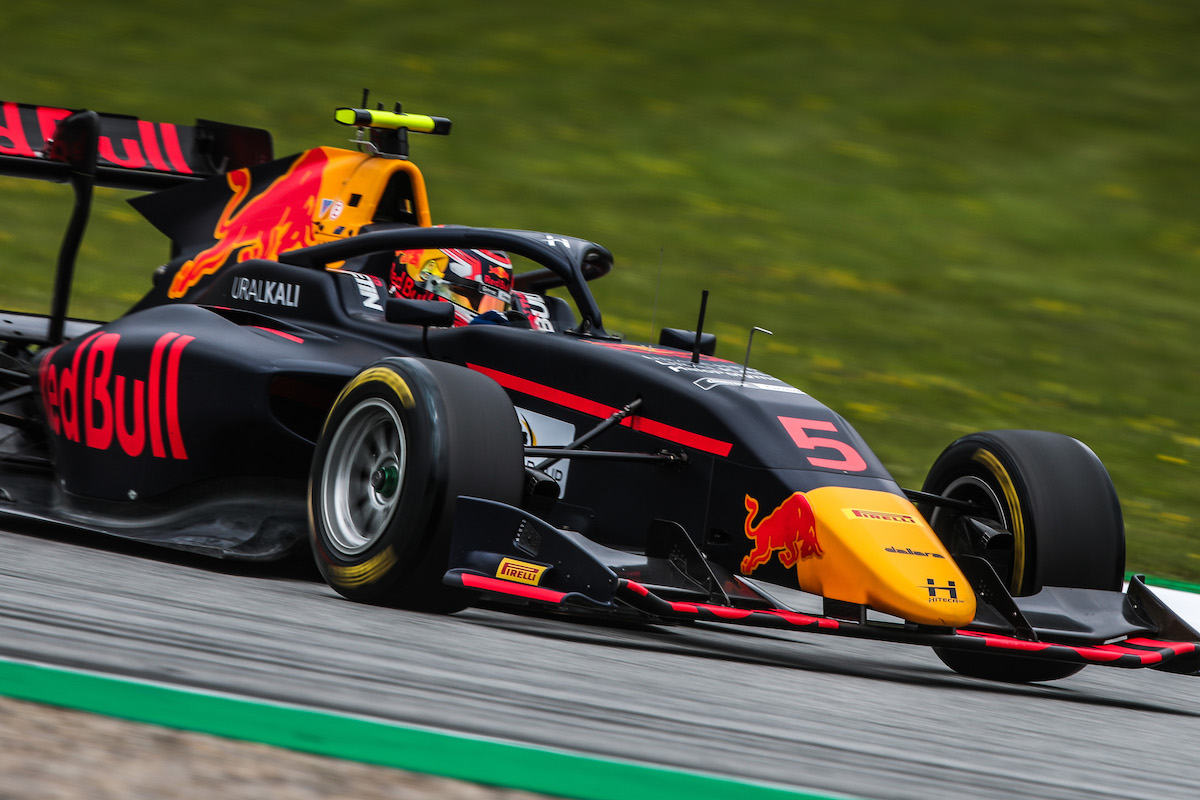 Hitech GP’s Lawson took just seven laps to make his way into the race lead from fifth on the grid.

Carlin’s Clement Novalak – the first beneficiary of the series reversing the top 10 to set the grid for race two –  led away from the line but was passed by Trident’s David Beckmann down the inside of Turn 4 on lap four of 24.

One lap later, Novalak ran wide whilst attempting to pass Beckmann at Turn 3 and this allowed Lawson to claim second place.

Lawson dispatched leader Beckmann two laps later and soon built an advantage in excess of one second to avoid second place being able to use DRS.

His advantage was reduced by a late safety car, which was required after Charouz Racing System’s Roman Stanek ran wide at the final corner and dispersed the DRS board onto the track.

This set-up a two-lap shootout at the end between Lawson and MP Motorsport’s Richard Verschoor.

Lawson held on to win, while Macau Grand Prix winner Verschoor picked up his first podium on the F1 support bill since 2018.

BRDC British F3 champion Novalak clung onto third to earn his and Carlin’s first championship podium, while Beckmann and team-mate Lirim Zendeli took another double points finish for Trident in fourth and fifth.

Frederik Vesti was the lead Prema driver in sixth, ahead of the ART Grand Prix’s front row starter Alexander Smolyar.

Prema’s race one victor Oscar Piastri struggled to progress from 10th on the grid, but he did pick up two points for fastest lap alongside eighth place to maintain his championship lead.

HWA Racelab’s Enzo Fittipaldi charged from 18th to finish in ninth, ahead of Hitech’s Max Fewtrell.

Fittipaldi’s team-mate Hughes, who started race one late due to a technical issue, battled back from 28th on the grid to 12th in race two.

One day after picking up a podium in his first race since his back-breaking Monza crash last year, Campos Racing’s Alex Peroni dropped out of seventh mid-race with a technical issue.

Prema’s Logan Sargeant picked up a puncture whilst battling with Piastri and MP Motorsport’s Bent Viscaal, and finished a lap down in 27th.