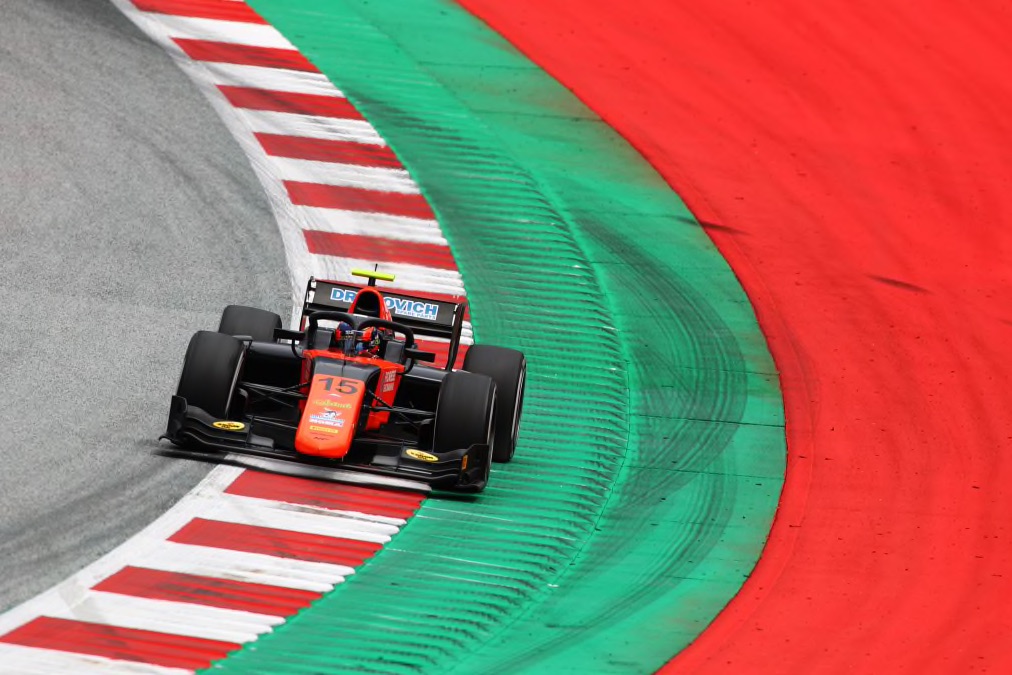 Felipe Drugovich converted reverse-grid pole position into his maiden Formula 2 victory in the first sprint race of the 2020 season.

He qualified on the front row for the feature race on his first-ever F2 weekend but dropped to eighth place by the chequered flag, which meant he started Sunday’s sprint race from pole.

FIA Formula 3 graduate Drugovich fended off a tentative challenge from Charouz Racing System’s Louis Deletraz on the run to Turn 1 on the opening lap and comfortably held onto that race lead all the way until the end of the race going relatively unchallenged.

Deletraz repelled consistent pressure from DAMS’ Dan Ticktum in the closing stages of the race to claim his fifth second-place finish in the series.

ART Grand Prix’s Christian Lundgaard finished where he started the race in fifth place ahead of Drugovich’s experienced MP team-mate Nobuharu Matsushita, who kept a frustrated Mick Schumacher behind him for the entire race.

Mazepin’s Hitech team-mate Luca Ghiotto was punted out of the race at Turn 4 by Carlin’s Jehan Daruvala, which caused the second safety car period. Daruvala picked up a penalty and finished in 16th place.

The recovering Virtuosi Racing driver Guanyu Zhou, who lost a likely feature race win with a gearbox issue on Saturday, had to take to the gravel to avoid Ghiotto’s stricken car. He finished in a lowly 14th place.

HWA’s Giuliano Alesi was the cause of the first safety car, as his car blew up in speculator fashion just a few laps into the race on the exit of Turn 1. DAMS’ Sean Gelael was another to grind to a halt with a technical issue, delaying the race re-start.

Lundgaard’s team-mate Marcus Armstrong, who had charged from 13th on the grid to second place in the feature race, was running in third place after a stunning double overtake around the outside of Alesi and Ticktum at Turn 4 on the opening lap.

However, Armstrong ground to a halt following the second safety car restart and faces a post-race investigation for failing to stop his car in a safe place – his car was responsible for the third and final safety car period.