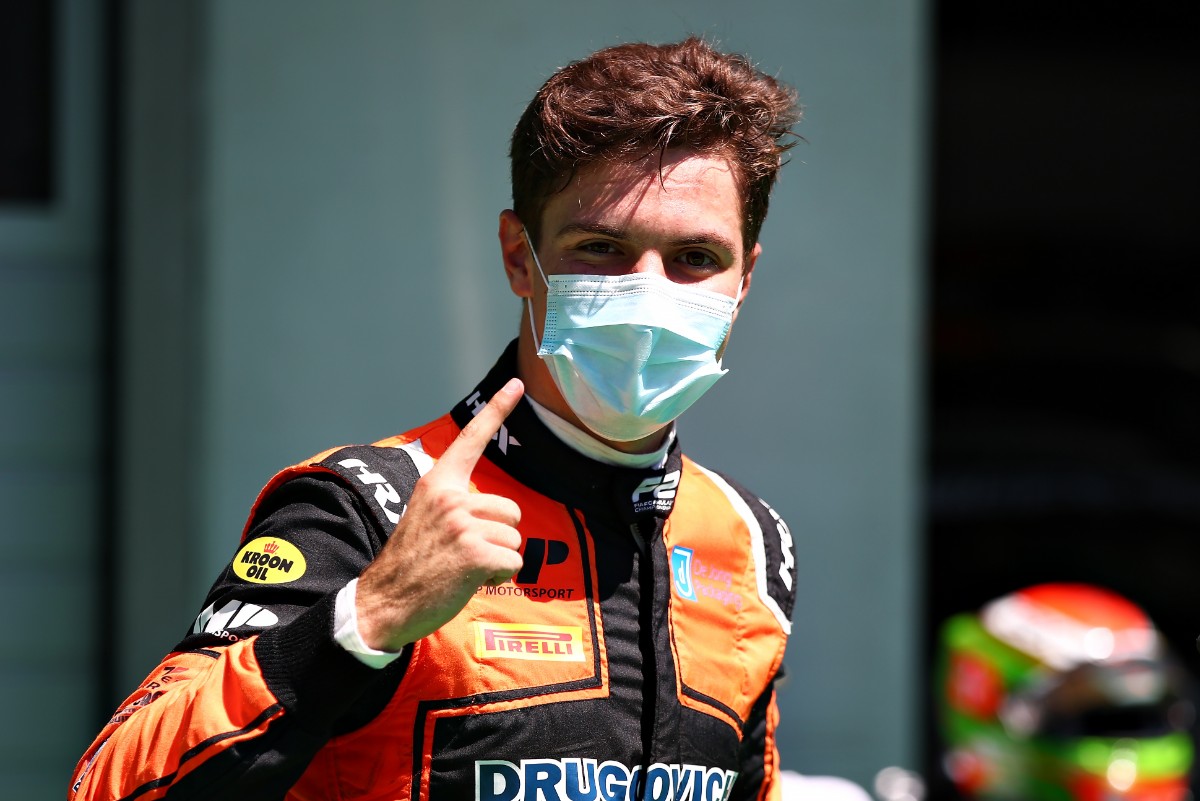 Felipe Drugovich had to overcome a learning curve with Formula 2’s new 18-inch tyres on the way to claiming victory in just his second start at the Red Bull Ring.

The MP Motorsport driver started on pole for the reversed grid sprint race, as a result of finishing eighth on his series debut the day before, and led the entirety of Sunday’s 24-lap encounter to take MP’s first win since 2017.

“It was certainly not [comfortable]. With the safety car and the DRS range you always have to try and keep that gap of one second to keep the others outside,” Drugovich said in the post-race press conference.

“The three restarts didn’t help. Every time I had to push again, and every time you push that much you make the tyres worse and heat them up.

“It was really hard. Every time I got a gap there was a safety car. Luckily, the car was much better than yesterday, and I could push comfortably how I wanted to.”

Drugovich also pointed to what he’d learned in Saturday’s longer feature race, for which he had qualified on the front row for.

“We learned mostly about keeping the tyres. Also, just little things about the set-up. I just kept calm. Yesterday the start wasn’t so good, today wasn’t the best but it was OK to keep first position. I’m really happy with the win.”

The 20-year-old Brazilian, who graduated to F2 after finishing 16th in last year’s FIA Formula 3 Championship, leaves the opening round third in the standings ahead of the return to the Red Bull Ring for next weekend’s second round.