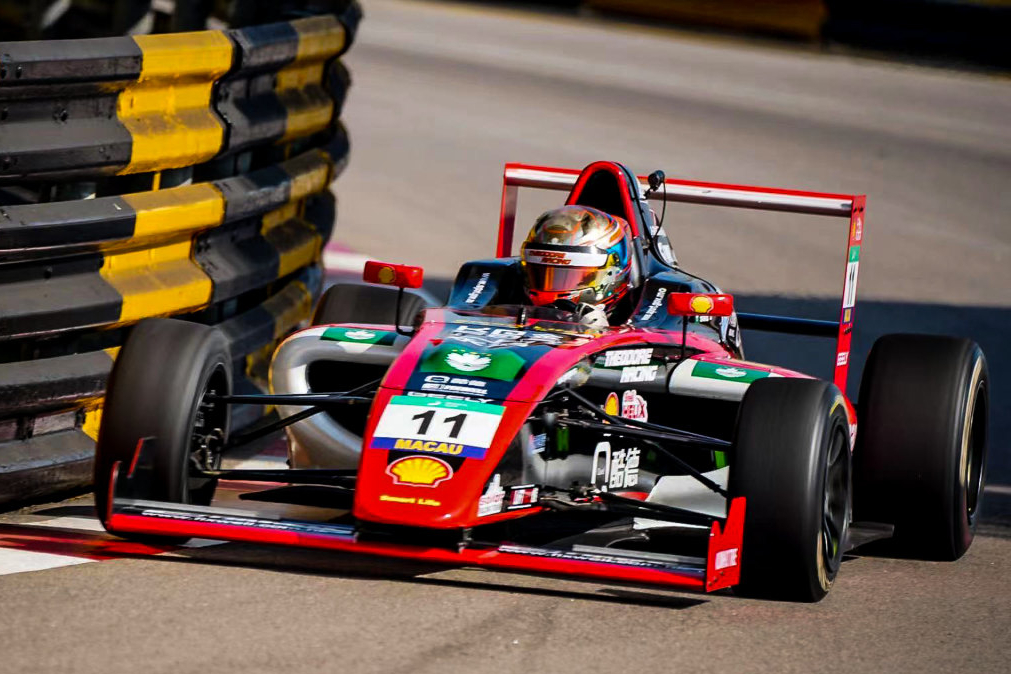 Charles Leong will start from pole position for the Macau Grand Prix after comfortably winning the Qualification Race.

The race start was delayed by 66 minutes due to barrier repairs at Mandarin that needed to be conducted after a big crash in a preceding Macau GT Cup session.

There was almost further delay when towards the end of the formation lap an issue struck Andy Chang’s car and he had to concede his front row spot. He was able to line up at the very rear of the 16-car grid, with poleman Leong now with a gap.

Leong streaked away at the start and was almost unsighted throughout the eight-lap race, while Chang immediately passed two cars and then tried to go three wide into Reservoir and managed to clear another two while Patrick Tsang span and crashed.

Lei Kit Meng then spun at the bottom of San Francisco Hill, helping Chang climb further and meaning he ended the opening lap in fifth place. Leong had a four-second advantage already, and that grew on lap two while Chang cleared Chao Li at Reservoir Bend, then Mak Ka Lok around the outside at the next corner of Mandarin and then passed around the outside at Lisboa at the end of the straight to take second from Sicheng Li.

Once in clear air Chang was able to set fastest laps, but he then picked up damage to the left endplate of his front wing and that limited any further gains on Leong who responded later on by taking back fastest lap and winning with a margin of 5.424s.

Li dropped over half a minute en route to third, while Jing Zefeng was the only other driver to finish within a minute of Leong as he als came from the back of the grid to take fourth place.

He moved up from 15th to sixth in the first three laps, then made up two more places on Zhong Yi Shang and Chao Li two laps later as those two ended up falling behind after costing each other time by battling among themselves.

There was drama with two laps to go when Lishin Peng was spun in the mountain section, but a crash was avoided, and lapped runners got in the way of those battling in the midfield.