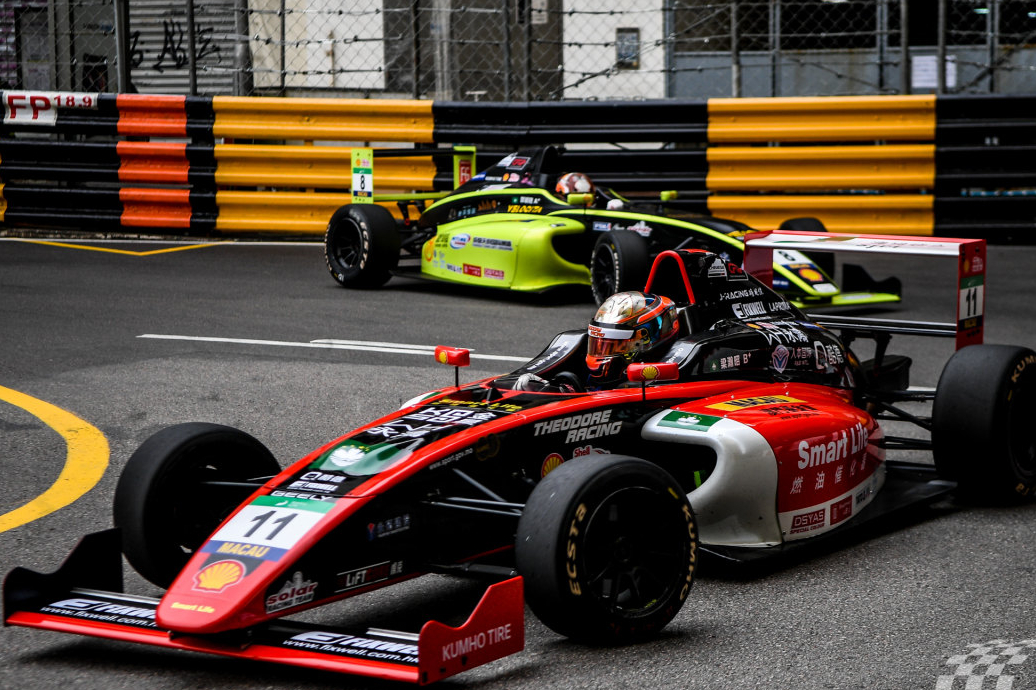 The brief session precedes the Qualification Race for the Chinese Formula 4 round, and the rest of the field moved closer to Leong’s pace now with more experience of the track.

He ended up just 0.018 seconds faster than fellow home favourite Andy Chang, but there was a still a gap of over six seconds back to Sicheng Li in third place.

Leong’s first flying lap ended up being his fastest, as he set a 2m29.781s. His next two efforts were a handful of seconds slower as he encountered traffic, and with his earlier laps actually not being completed as he returned to the pits on two occassions.

Chang meanwhile was the opposite, picking up pace as the session went on, and setting two sub-2m30s laps whereas Leong only recorded one. That put him into first place for a short while, and if he can match Leong’s pace in the races then he should benefit from the slipstream down the Guia circuit’s long straights to be able to challenge for the lead.