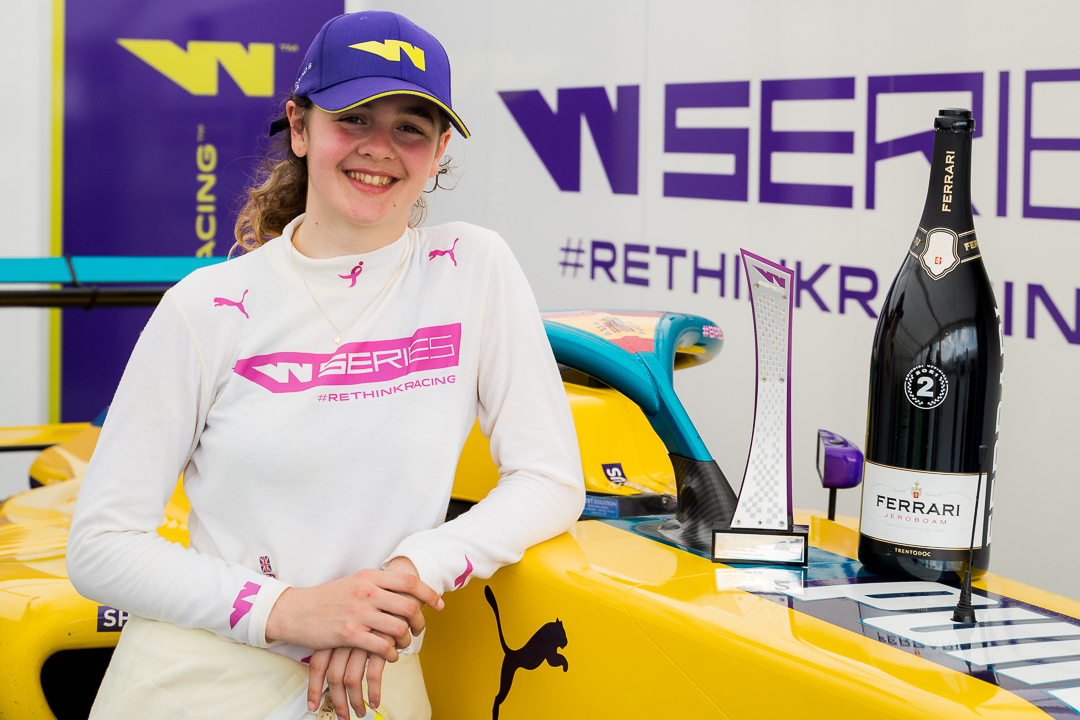 W Series’ USA title showdown had an intriguing subplot when the protege of a contender, with just two starts to her name, got in the thick of the action. Craig Woollard explains why a lasting impression was made

There are two kinds of drivers for which W Series has a huge amount of appeal for: those whose careers stalled and could do with a bit of high-profile revitalisation, and those who are climbing the ranks and could do with that extra bit of assistance when they are leaving Formula 4 or equivalent level.

The inaugural season’s title battle was intriguing in that it was between a driver moving up from GB3 (nee BRDC British Formula 3) in Jamie Chadwick, and a former Formula V8 3.5 racer-turned-sportscar convert in Beitske Visser.

Chadwick’s miserable 2020 Formula Regional European campaign meant a W Series return was a natural, sensible option for this year, but she risked stalling herself and came up against a resurgent Alice Powell: a driver whose career had restarted.

Powell and Chadwick arguably would have had all of the big talking points going into, throughout and following the title decider, but Powell’s driver coaching client had something to add and laid down a marker for what might be seen in 2022.

Step in Abbi Pulling – a driver who effectively fits both criteria outlined above. Pulling has spent the last four years racing cars in the United Kingdom: two in Ginetta sportscars and then once she was old enough a further two in British Formula 4.

Her first season in single-seaters resulted in a respectable sixth in the standings with JHR Developments. The elusive first victory was lacking, but more through misfortune rather than outright pace.

A second season with the same outfit brought about predictions of not just wins, but maybe a title challenge. But Pulling was unable to get on terms with her rookie team-mates, and a lack of budget meant she only did six out of 10 rounds. 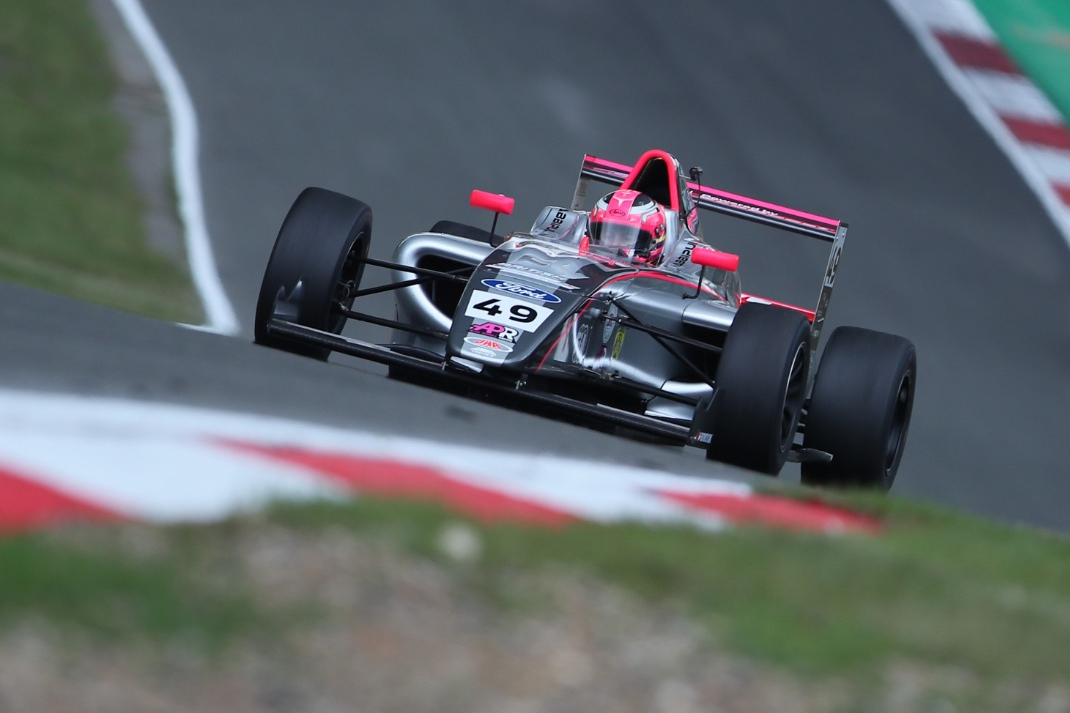 “The whole reason I even entered the British F4 season was because of W Series,” Pulling revealed.

“W Series gave me the hope. We knew that we didn’t have the money to fund our way all the way through single-seaters, so we were kind of committed to a GT path to a certain extent.

“And then the W Series came around in 2019 and then I thought I’d try my best in British F4 to give myself a shot and try to get the portfolio to qualify for W Series. I never expected to even be a reserve driver this year, and the involvement I’ve had already with W Series this year has been amazing and they’ve been so accepting and so supportive of me.”

There were a few podiums in the second F4 campaign, but the win was elusive again in a season where JHR was the team to beat and her team-mates claimed 13 wins between then as they fought for the title. Irrespective of any contextualisation to the situation, being outshone by rookies never looks good.

It meant that Pulling’s career was at risk of hitting a standstill at what was a very important time for the 18-year-old. That’s where being W Series reserve has been timely. Hours after her former team-mate Matthew Rees became British F4 champion, Pulling took W Series pole on United States Grand Prix Saturday at Circuit of the Americas.

“The whole F4 season I was firing on all cylinders. We had so much bad luck, and it was really disappointing,” Pulling said.

“And I had some really low days, especially when it all came out that I couldn’t further my career in British F4 and I didn’t even know if I was going to be driving again this year.

“So for W Series to give me the opportunity at Zandvoort and then again here at Austin, it means so much to me. And to go from such a low to such a high, it’s overwhelming and I’m so glad to end the year on this high as opposed to that low.” 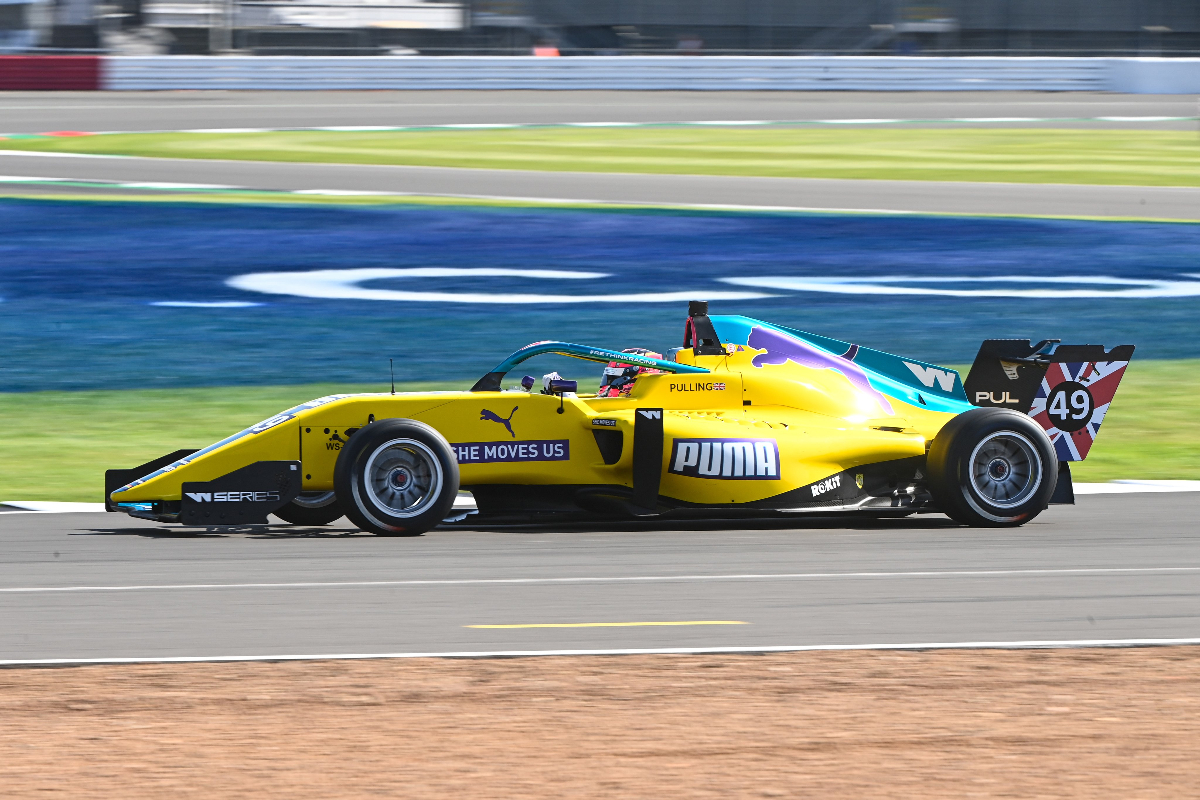 Pulling had been building and building on what was an impressive W Series debut at Silverstone earlier in the year. Her prior experience of the championship’s Tatuus T-318 chassis included a Formula Renault Eurocup round at Imola and W Series testing at Anglesey, and she was right in the mix with its established midfielders on debut before finishing eighth.

She made a second appearance at Zandvoort, improving to seventh, before a COTA weekend where she showed all the speed required to be a frontrunner on raw pace but struggled to maintain the tyres in hot conditions, before following up the next day with a second place from second on the grid.

“I felt more nervous yesterday obviously compared to today,” she said after claiming her maiden podium.

“I don’t know how to explain how I felt because there was no pressure on me at all. The whole weekend, I had no pressure on me whereas everyone around me, Jamie [Chadwick] and Emma [Kimilainen], they’re fighting for the championship.

“I’ve just kind of gone into it all guns blazing,” she added. “Having that clear space in front of me [from pole], and not only race one but race two as well, being on the front row, it was something special and something that I will never forget.”

It took a lot of the focus away from Chadwick retaining her crown and put it on a driver who has showcased the potential to go on to the kind of success her F4 pace promised. And she will be on the W Series grid full-time next year, as Pulling’s weekend brought her up to seventh in the standings and therefore automatic qualification for the 2022 season. That she only contested half of the season shows how consistently strong her results were.

No W Series driver has yet progressed to a higher single-seater category, and the series’ own success will depend on that, so it’s important that the current crop of young drivers, and the rising stars of the year’s of the years agead, are able to make an impression in the series immediately alongside or above. Pulling is now poised to spearhead that push. 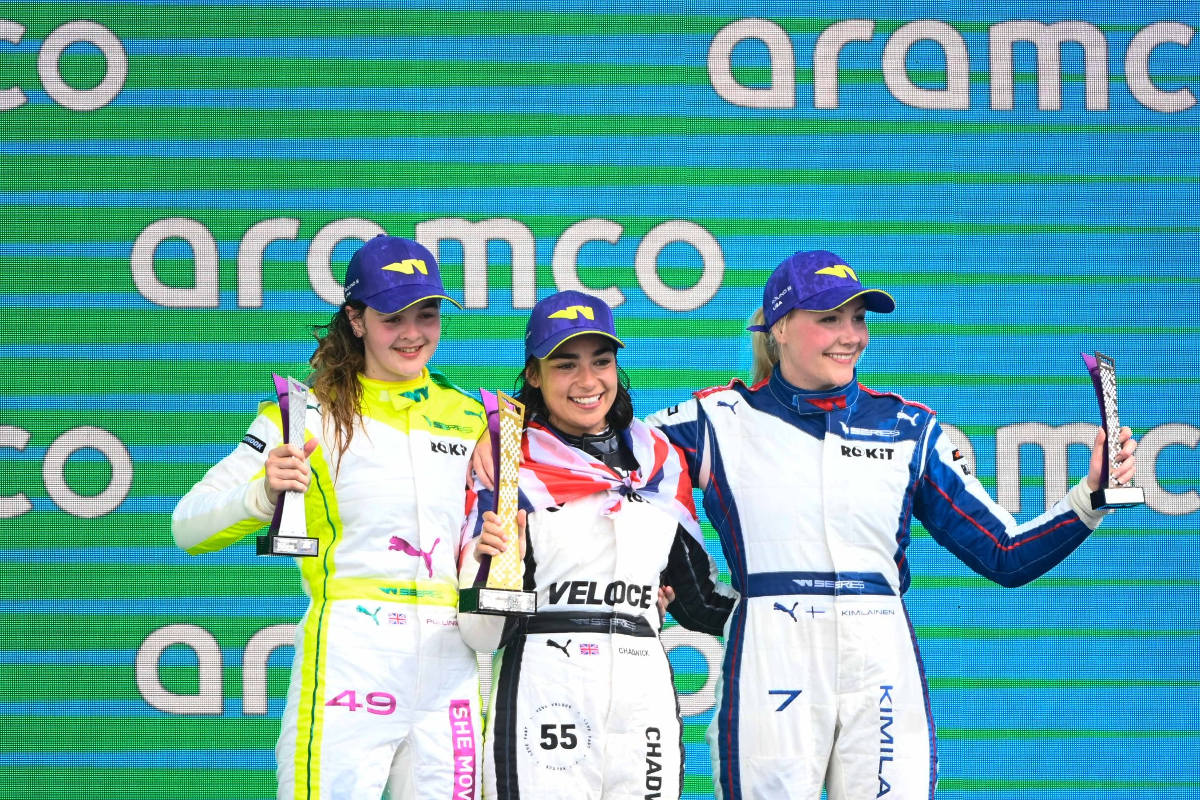 Usually when a champion is crowned, the subsequent press conference is about that particular driver. It shows the magnitude of Pulling’s success that it was not the case in Austin when the final race’s top three were grilled by the press. Pulling handled herself very well in that situation as well, showing how well Powell has taught her and proves that she can thrive when the spotlight is on her – which could be the case much more in 2022.

“I feel like I’m constantly maturing. I’m very young and I’m known to be the excitable one in the paddock and quite high-energy, this weekend specifically I’ve made a really, really conscious effort to make sure I’m focusing on what I need to do and having that maturity and I think I showed that in the last race there with Emma behind.

“I had one lock-up that was quite substantial, and then after that it was like ‘come on Abbi, get your head together, maintain the tyres, remember what happened in race one, figure it out’. It all came together in the end.”

W Series’ rookie crop in 2021 between them had a lot of strong qualities. It’s only right that the series is ensuring the younger drivers get another go in 2022. And none of them lacked the combination of speed and awareness that Pulling showed, looking well capable of improving both in pace and consistency to also become potential title contenders.

“Next year, hopefully [a full campaign],” Pulling said of her 2022 W Series plans. “I’ve got a seat offered to me, I think I’ll be breathing down the neck of some of what I call the veterans.”