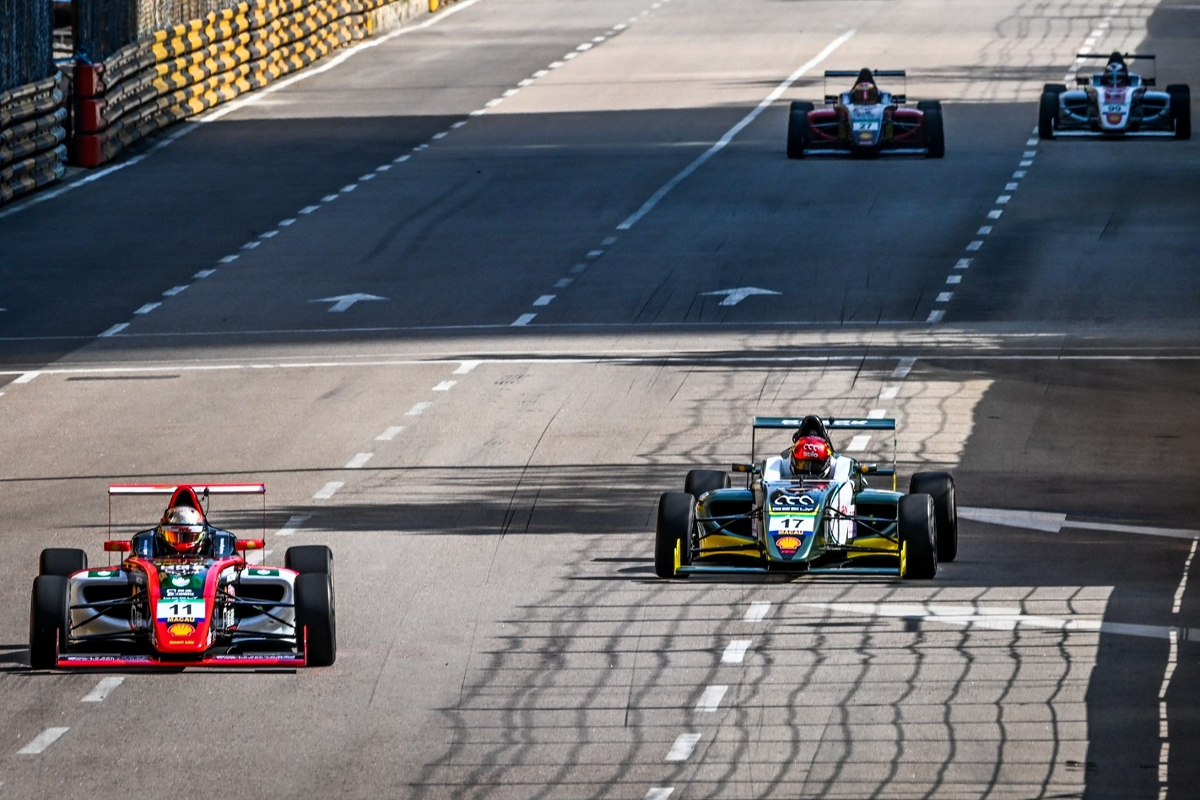 Charles Leong earrned Macau Grand Prix pole position for the second year in a row as he ressurrected his rivalry with Andy Chang in qualifying.

The two Macanese drivers are the favourites to win their home grand prix this year, with Leong having won the opening four races of the Chinese Formula 4 season but not being eligible to score points.

Qualifying took place over a single 25-minute session on Friday, with it taking almost six minutes before the first flying laps were seen.

Smart Life Racing’s Leong was fastest from the off, setting a 2m36.614s that put 1.691 seconds clear of Blackjack Racing’s Sicheng Li.

On his next effort he went even faster, although really had to fight his car through the final corner as the rear tyres slid out and almost went into the barriers. His 2m29.881s effort put him ahead of Chengdu Team’s Chang by 1.348s, but Chang was able to sneak in another improvement to get within a second of Leong’s pace before LEO Geeke’s Chao Li beahed his car under the tyre barriers and caused a red flag.

Li improved to sit in third place, 3.579s slower than Leong, and the order stayed the same after qualifying restarted with just over half of the session to go.

Flying laps had yet to begin before yellow flags were out at Moorish for a crash, and those remained through to when drivers were going at pace and it meant they had to back off there and avoid improving their laptime.

Leong gave up two laps in a row, then went fastest of anyone through sector one before he encountered Chang on track with six minutes to go. That ruined Leong’s lap, and then he kept himself in Chang’s mirrors later on to compromise his in return before passing him after Fishermen’s and streaking off.

He was denied the opportunity to improve though as Lifeng Lin crashed and caused a red flag which stopped the clock with too little time for any further laps to be set after the restart.

Jing Zefeng may not start this weekend’s races as he failed to set a lap in qualifying, and also didn’t record a laptime in free practice.