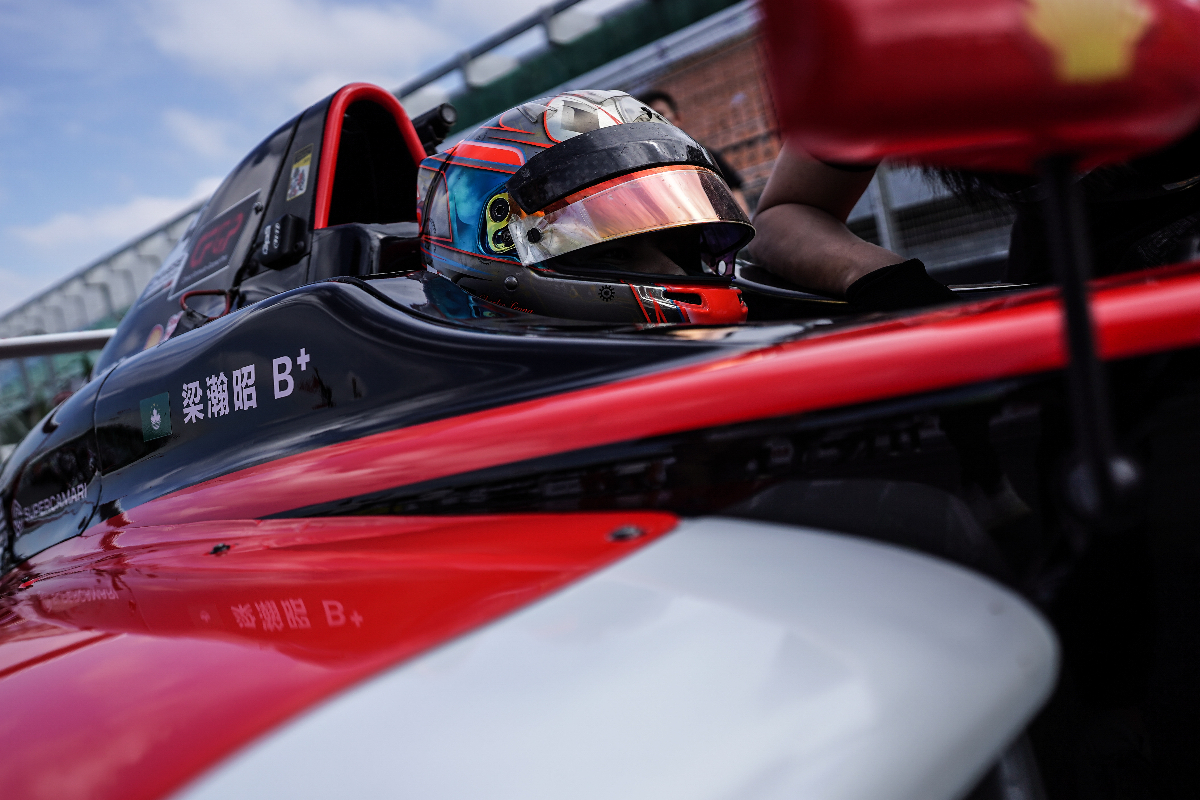 The morning session was chaotic from the off, with only a few seconds passing before Jing Zefeng nerfed into the Lisboa barriers.

He got going again but another car that overshot the corner tried to get around his reversing car and instead ended up stuck there too. There was only yellow flags waved, and the first laptimes were set.

Chengdu Team’s Andy Chang recorded the first laptime, a 2m54.492s, but returned to the pits at the end of his lap. However he technically sat in first place on pace (although the lap wouldn’t be classified in full) for some time as practice was red flagged five-and-a-half minutes into its 25-minute duration as former World Touring Car Championship racer Mak Ka Lok went off at Lisboa along with team-mate Lei Ket Meng, who cameoed in British Formula 3 at Pembrey in 1998, and then Zefeng crashed in the twisty middle section of the lap.

Action resumed with a 11-and-a-half minuted remaining on the clock, and three minutes later Leong was making overtakes at the start of his flying lap to get himself to the front of the queue of cars and therefore in clear air.

His first sector suffered as he had to pass drivers, but once ahead he was quickest in sectors two and three and then set only a personal best down the straights of the final sector as he was waving to warm up his tyres to set the first flying lap and go fastest by 3.776 seconds.

That first lap was recorded with just over six minutes to go, and he posted another which was an improvement of nearly three seconds to 2m31.607s. Sicheng Li was second fastest and despite improving actually had his defecit to Leong grow from 3.776 to 4.279s.

Meng, who is 53 years old, went third but over 10s slower than Leong. Nobody had the opportunity to go beyond two flying laps as the session ended early with a red flag caused by Zhong Yi Shang getting stuck at the tight Melco hairpin.