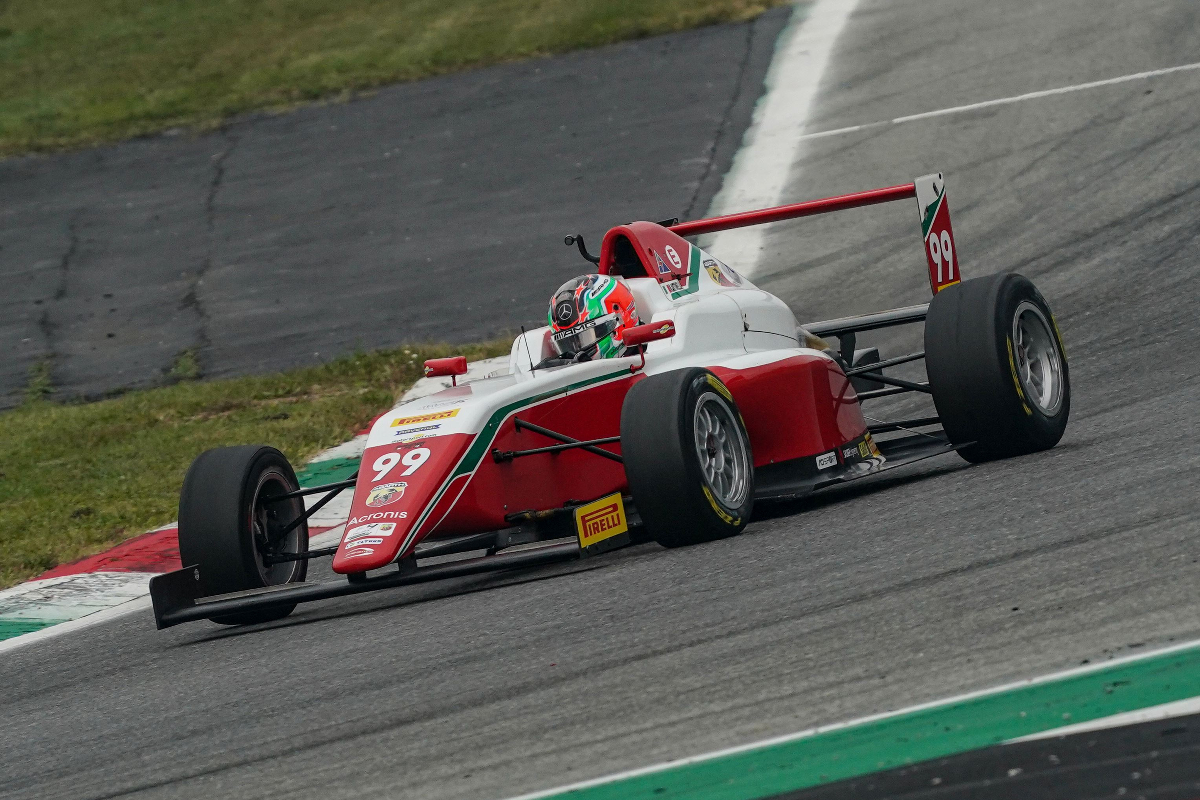 The two-day test consisted of four lengthy sessions, three of which were headed by Kacper Sztuka. The Pole, driving for US Racing, set a 1m34.819s on Wednesday morning, improved to a 1m34.583s that afternoon, then went slower on Thursday morning but still set the pace with a 1m34.965s lap.

The final session of the test was the fastest for most drivers but not for Antonelli,and Sztuka brought his pace down to 1m34.403s. That was just 0.031 seconds slower than Antonelli’s Wednesday afternoon benchmark.

Antonelli was second fastest in each morning session and third on Thursday afternoon, with Ferrari junior Rafael Camara bettering him in addition to Sztuka.

Fourth fastest overall was US Racing’s Alex Dunne, who like Antonelli didn’t improve from his day one pace.

There were 26 cars in action, with Alexander Geirer (Jenzer Motorsport) and Andrea Frassineti skipping the first day of running.