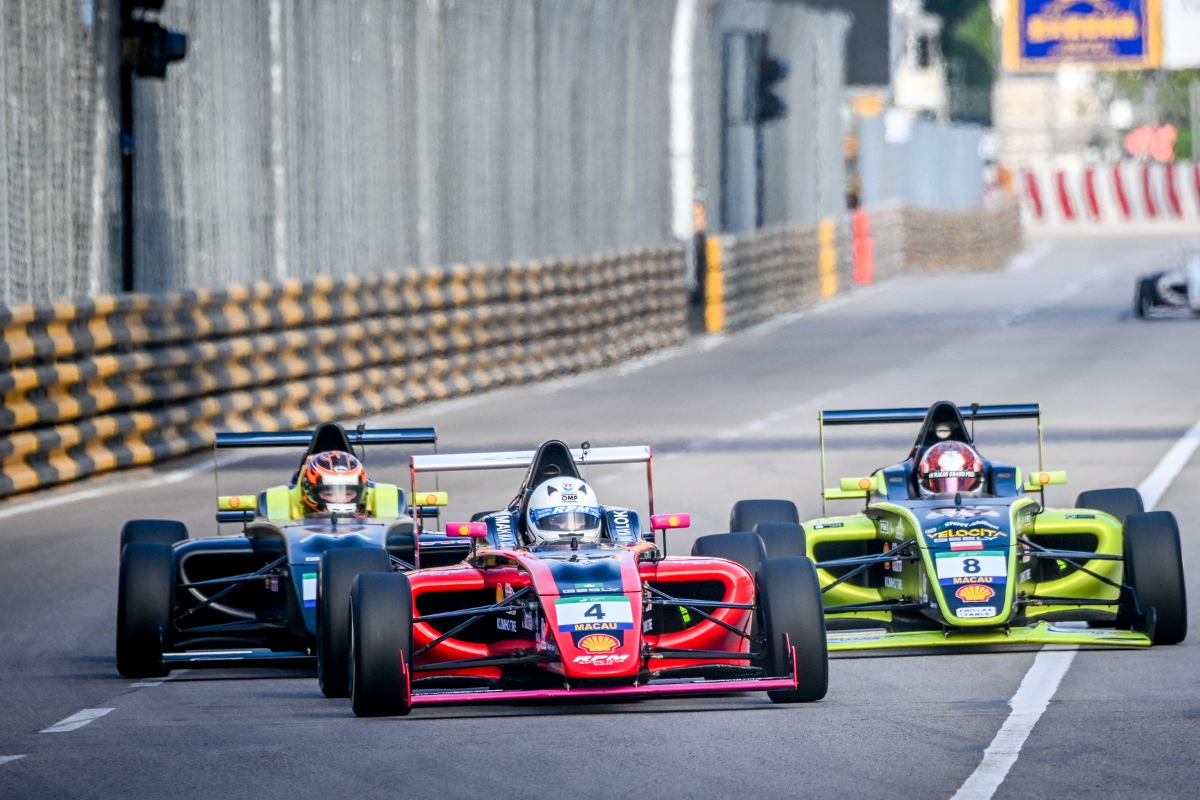 Andy Chang has revealed what caused him to stop on the Macau Grand Prix Qualification Race formation lap and required him to charge from 16th to finish second.

The local driver (pictured right) has had an issue-strewn weekend so far with only two laps completed in free practice before being pit-bound, then going second fastest in qualifying and warm-up but not starting on the front row on Saturday.

As the field came to complete the formation lap, Chang slowed out of Fishermen’s and then stopped entirely before reaching R Bend. He got moving again once in last, and so started at the back of the grid.

“I got a gear problem so I cannot go into first gear,” was the reason Chang gave for his car coming to a stop.

“At the last corner before the race start, I tried to open the engine so I switched off the engine [first] and then put it on again.”

It worked just in time to not delay the race start further, after it had been put back by an hour due to barrier repairs from a crash in a earlier sportscar session.

“At the end I could start in first gear,” added Chang. “So I start last, but it was a tough race. I don’t know how many cars I overtook.”

He made a strong start off the line, but cars were four-wide ahead of him and he darted around in their mirrors before finding a space down the inside of the first corner and passing four cars at once.

At Mandarin he darted down the inside of another three, and cleared his team-mate Zhong Yi Shang for seventh at the first braking zone of Lisboa but also damaged the left endplate of his front wing.

Lei Kit Meng spun at the bottom of San Francisco Hill, bringing Chang up to sixth, and he made another overtake in the mountain section to end the opening lap on the tail of the podium battle.

A last-second dummy move on Chao Li inside Reservoir earned him fourth, and he rocketed past Mak Ka Lok for third before Mandarin.

Remarkably he was going for second moments later, as Sicheng Li lost grip on dust at Mandarin ahead. He was passed under braking for Lisboa, and Chang then set about chasing poleman Charles Leong but eventually finished 5.424 seconds behind.

“I was trying to catch Charles but he was way too quick. But at the end I can finish second, so it’s good for me tomorrow so I can have another go to win.”

Chang also gave insight on his issues earlier in the weekend.

“Yesterday in first practice I had engine issues so only I did two laps. So actually qualifying was my first practice, so I tried to push but because it was the first session for me, so this morning I wanted to try some more [in warm-up]. That’s why I pushed that hard to know what is the quick setting for me.”