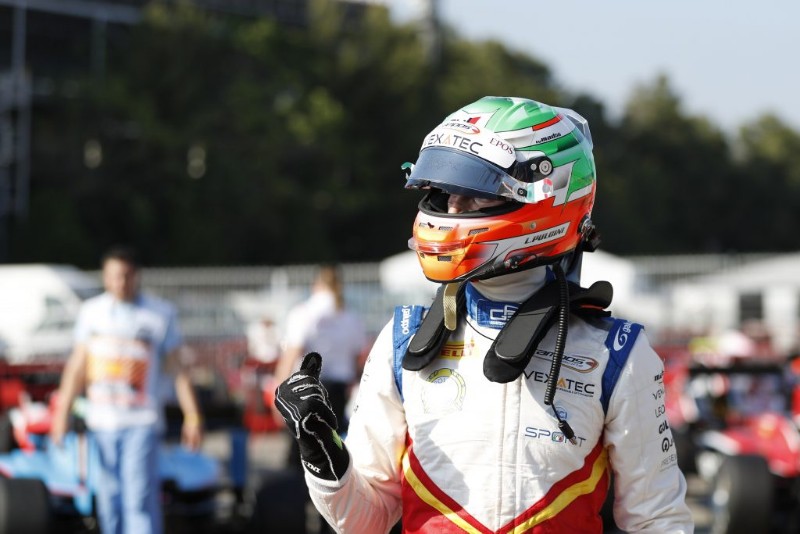 For the majority of the session, provisional?pole position was exchanged between the ART pairing of Mazepin and Anthoine Hubert. Following the opening runs, Mazepin led his team-mate by 0.071s. Pulcini was ninth in the order.

During the final attempts, Hubert and Mazepin both significantly improved their personal bests. The latter held provisional pole before Pulcini set a session-best time in sector two, holding the advantage in sector three and stealing top spot.

Pulcini’s first GP3 pole ends ART’s streak of consecutive pole positions dating back to the opening round of the 2016 season. Mazepin remained second and Hubert stayed third at the chequered flag.

Niko Kari qualified fifth, despite having been 14th on the timesheet following the opening runs of the session. His opening run?was hampered by oversteer, with one lap ruined by a slide and trip across the kerbs at Turn 13. Kari’s MP Motorsport team-mate Dorian Boccolacci will line up sixth.

Lorandi struggled for pace throughout the session, with ninth being the highest position he reached on the timesheet during the 30-minutes of qualifying. Conversely, Alesi was provisionally third before the final runs but failed to improve in the closing stages.

Despite finishing fastest in practice, Jake Hughes qualified 11th. The GP3 returnee gained less than 0.1s in qualifying versus his benchmark time in practice and ended up nearly half a second behind his ART team-mates.

Less than one second covered the top 18 cars, with just Ryan Tveter and Will Palmer cut adrift of the field in 19th and 20th.