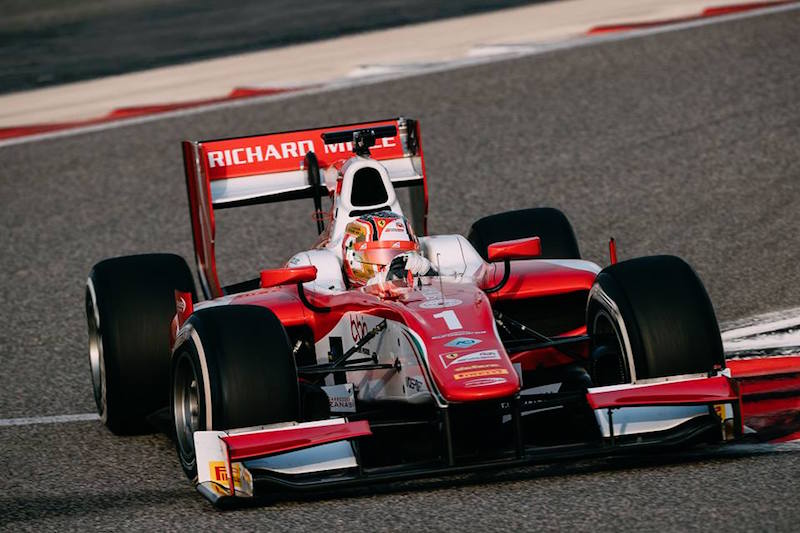 Prema?s Charles Leclerc topped the timesheets on the first day of the second Formula 2 test in Bahrain after a red flag infringement for a rival.

The Ferrari junior set a 1m41.454s in the warmer morning session, which was only beaten in the final minute of the afternoon session by McLaren junior Nobuharu Matsushita in his ART Grand Prix machine.

However, Matsushita had set his time under red flag conditions, caused by Campos Racing?s Ralph Boschung stopping on track, and so his time was removed. Four other drivers suffered the same fate, resulting in all of the faster times having come from the morning.

Jordan King and Luca Ghiotto, who were front-runners in both sessions, ended second and third for MP Motorsport and Russian Time. Norman Nato, who was fastest at the Barcelona test, was fourth in his Arden, just ahead of the relegated Matsushita.

Prema does not normally show its true pace in testing, but Antonio Fuoco?s time for 10th place was seven tenths adrift of his team-mate.

In addition to the session-ending red flag there was was a lengthy period of no on track action due to an intense rain shower. Desert-covered Bahrain has an average annual rainfall of 72mm, about eight per cent of that of the UK, but the region has been hit by wet weather, which nearly forced the cancellation of last weekend’s MotoGP race in nearby Qatar.

There was only one change to the line-up for the second test, with Raoul Hyman replacing ex-Formula 1 driver Roberto Merhi at Campos Racing after impressing with the team’s GP3 arm at Estoril last week. He finished bottom of the times on his first day in an F2 car.