Alex Lynn has dominated the Formula Renault UK Championship in his second year in the category, winning nine of the 12 races so far…

After four years in karting, Alex made his first steps in single-seaters at the end of 2009 by competing in the four-race Formula Renault UK Winter Cup with Fortec Motorsport. He was classified 10th in the standings in a field of 12. In 2010 he raced in the main Formula Renault UK Championship with Fortec. He won the Graduate Cup, finished tenth in the overall standings and rose to the fore in the final race of the season at Brands Hatch, finishing third.

He then contested the 2010 winter series in November. Against a strong field including some of the most promising international drivers he won both of the races in the opening round at Snetterton. He then picked up another race win from the four races at Pembrey in Wales to secure the title.

Alex kicked off 2011 with a trip to New Zealand to race in the Toyota Racing Series in January and February. At the opening round at Teretonga he won the third race, and then scored two podium finishes at the next meeting at Timaru. He ended up ninth in the final standings, despite not contesting the fifth and final round in March. 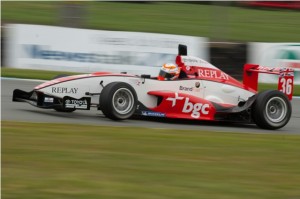 He began his Formula Renault UK campaign with a double win at Brands Hatch, following that with another win at Donington before two more double wins at both Thruxton and Oulton Park. He has since picked up one win each at the Croft and Snetterton rounds, and holds a 56 point lead in the standings.

Alex is a member of both the BRDC Superstars and MSA Team UK schemes, highlighting him as one of the UK’s hottest talents. His father Shaun is a company president as well as a racing driver, who contested this year’s 24 Hours of Le Mans in a Ferrari. Alex carries the logos of his father’s company, BGC Partners, on his car.

Talent rating: Alex’s record in Formula Renault UK this year points towards a driver with bags of talent and potential. The level of competition in the series this year is a question mark however, with no second-year drivers rivalling Alex for the title. We need to wait for him to make the step to F3 or another category next year before knowing precisely how talented he is. 7/10

Chances of getting to F1: Promising British drivers often find funding a stumbling block in making it to the top, but for Alex, like Max Chilton ahead of him, benefits from a wealthy father which allows him to race with plenty of backing. Making it as far as GP2 should be no problem – his talent will likely determine whether he can go any further. 8/10 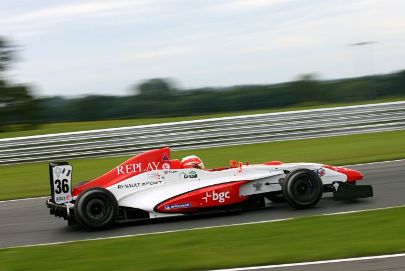