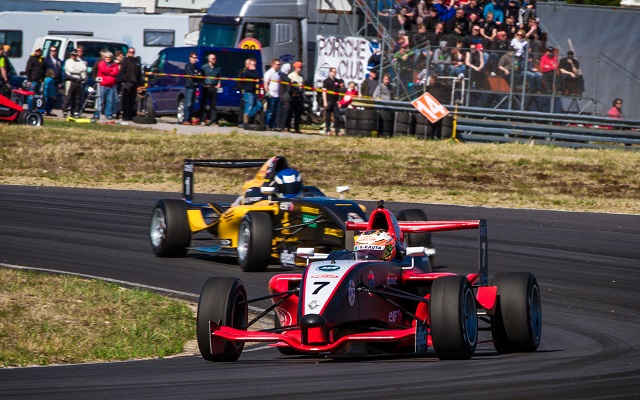 Formula Renault 1.6 Nordic championship leader Joonas Lappalainen picked up his second victory of the Botniaring round.

Again, the Finn racer made the most out of starting from pole and confidently led nearest rival Lukas Sundahl from lap one and throughout the rest of the race distance.

Ilmari Korpivaara saw off the challenge from Paul Blomqvist to secure fifth, while Robert Svensson and Robin Fredriksson picked up seventh and eighth respectively.

Ralf Aron rounded out the lead lap finishers, while teammate Oliver Soderstrom was classified a lap down. Finally, Karl Ero resided at the end of the timesheets, having retired on lap four.

Setting the fastest lap in the race allowed Lappalainen to take pole for race three with Aron joining him on front row.