Lando Norris to do second Autumn Trophy event after turning 16 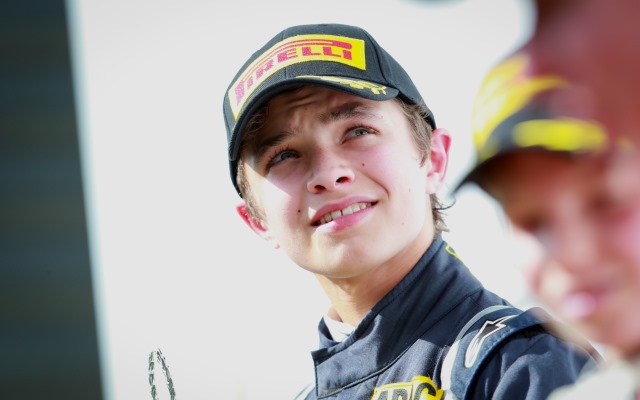 MSA Formula champion Lando Norris will contest the second half of the BRDC Formula 4 Autumn Trophy at Brands Hatch after he turns 16 this Friday.

Norris will race for HHC Motorsport, the team with which he competed in the Ginetta Junior series in 2014 prior to taking the MSA Formula title with Carlin this year.

By celebrating his 16th birthday on the day before the event, Norris will become eligible to enter the weekend’s four races.

“It is going to be a learning weekend for me at Brands Hatch,” he said.

“I?ve never driven the car and I will be getting in the Tatuus-Cosworth for the first time this Friday.

“Although I will be trying my hardest to win, it will be difficult against the drivers with more experience in the car so I want to learn as much as possible and this is definitely good preparation for next year.?

Getting Norris on board means HHC will field a full three-car line-up in the second round of the Autumn Trophy, with the newcomer joining Sennan Fielding and Sisa Ngebulana.

HHC team boss Charlie Kemp added: ?It is great to have Lando rejoin us for the final round of the Autumn Trophy.

“We know how talented he is after taking the 2014 Ginetta Junior Rookie Cup with him and it is fantastic to see him with us in BRDC Formula 4 now that he is old enough to compete.”

Norris has indicated a preference to move into Formula Renault 2.0 in 2016, even though he has also tested in Formula 3.

Pedro Piquet to return to Toyota Racing Series for 2016 edition