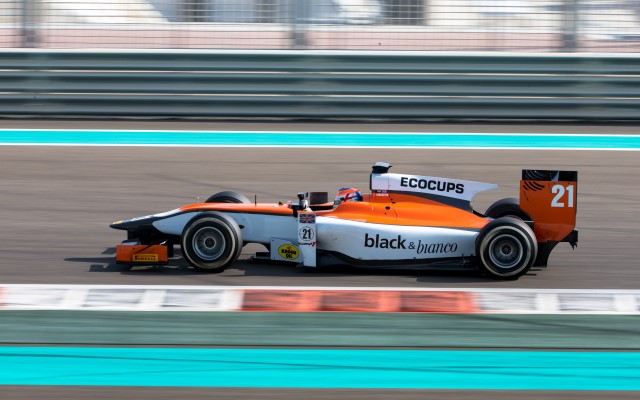 Jon Lancaster set the pace during the morning of the third and final day of the opening GP2 pre-season test in Abu Dhabi.

Driving for MP Motorsport in one of three seats yet to be confirmed for the 2014 season, the Briton managed a time of 1m49.653s. That put him 0.227s ahead of Trident driver Johnny Cecotto, who had been quickest on Wednesday afternoon.

Jolyon Palmer, who recorded the quickest times on the first two days of testing, was third for DAMS ahead of Hilmer’s Daniel Abt. Mitch Evans was fifth for the now iSport-run Russian Time outfit with Stoffel Vandoorne sixth for ART.