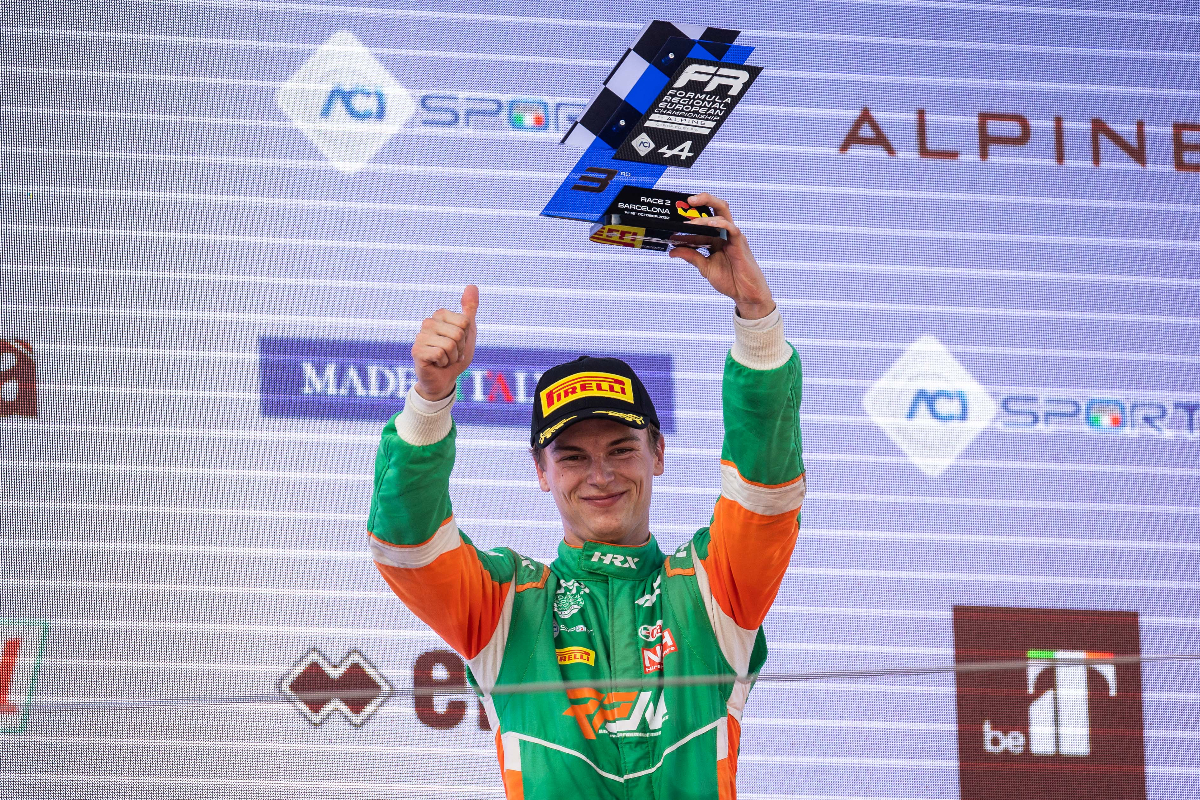 Lamborghini young driver Pierre-Louis Chovet is still looking for a future in sportscars rather than furthering his single-seater career, despite a starring return to Formula Regional.

Chovet, now 20 years old, won a race in the FRegional European Championship with Van Amersfoort Racing in 2020 and then just lost out to Zhou Guanyu in a fight for the FRegional Asian title at the start of 2021.

After that he stepped up into a FIA Formula 3 Championship seat with Jenzer Motorsport, but his primary sponsor left after a single round and Chovet’s racing career was thrown into uncertainty.

He contested FRAC again at the start of 2022, then switched to Lamborghini Super Trofeo Europe with the manufacturer’s support. But he recently also returned to FREC with Race Performance Motorsport, making the podium twice in four races and qualifying on the front row, however is ineligible to score as a guest driver.

“[I did no testing before returning]. I went from FRAC where I got invited seven months ago, directly to Red Bull Ring, that was five weeks ago, without any test days,” Chovet told Formula Scout.

“So it was pretty tricky. But let’s say that the atmosphere inside the team is great, and we are pushing for good results and so far it’s working well.

“Normally there won’t be any future in single-seaters, it was just like a one-shot because all of the conditions were really neat for me to be in the car. So we decided to come here, because the engineering level is really high, the championship level in terms of drivers is also really high, so I would say that for me it’s a good opportunity to work.

“[But] I think my future will be more with Lamborghini of course, in GT3 I hope. Let’s see.”

Chovet, who would be 14th in the FREC standings if he counted for points, will also contest this weekend’s season finale at Mugello and he is reaping the rewards of his impressive single-seater return.

“I’ve had like two or three opportunities so far [off the back of this], and we are in discussion for the future, but let’s say most probably I will go to GTs, that’s the most likely option.”