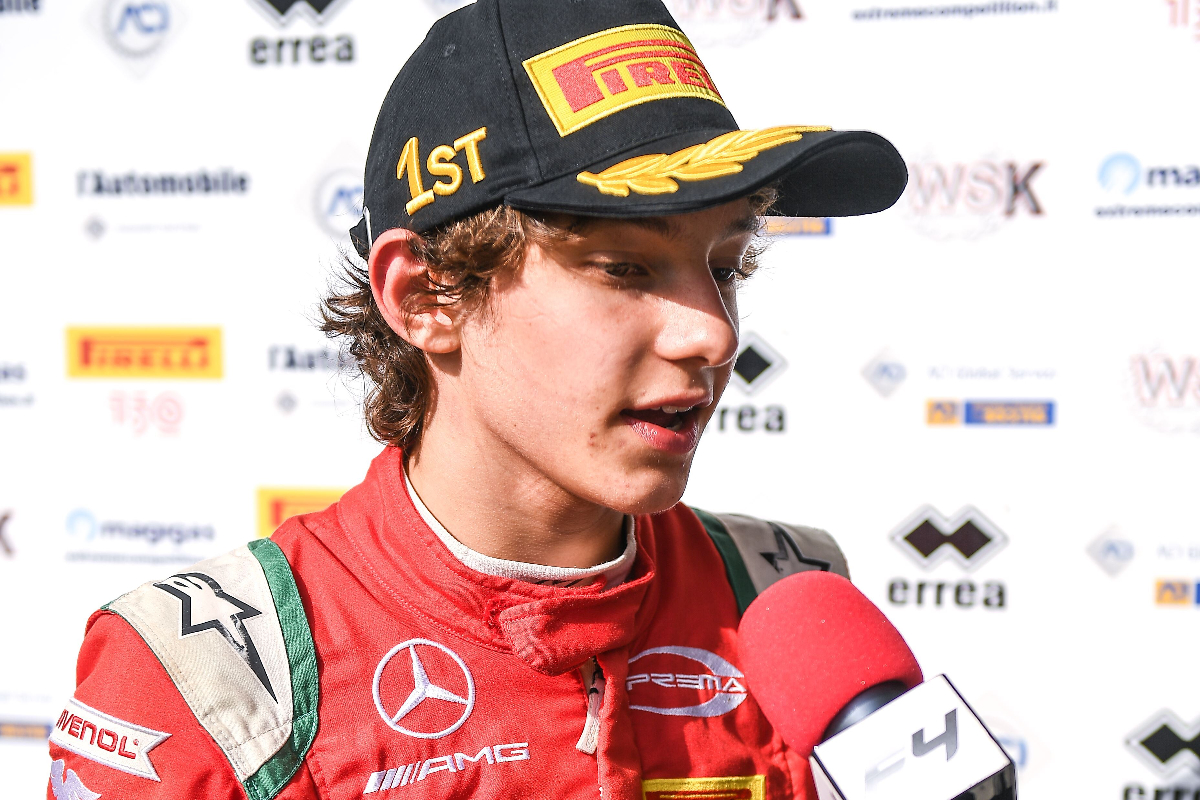 Mercedes-AMG Formula 1 junior Andrea Kimi Antonelli will represent his home country Italy in the Motorsport Games Formula 4 Cup at the end of this month.

The recently crowned ADAC F4 champion is the 13th confirmed driver for the Olympics-inspired event, where medals will be earned by the top three drivers. KCMG-manufactured first-generation FIA F4 cars with hybrid engines form the basis of the event, with British team Hitech GP running the whole field.

Antonelli’s first full year in car racing will conclude in the next two weeks, with the Italian F4 finale taking place at Mugello this weekend and then the Motorsport Games at Paul Ricard in France the week after.

The 16-year-old leads the Italian F4 standings by 64 points, with potentially 100 points up for grabs at Mugello should the weather-cancelled third Monza race from earlier this month be rescheduled to fit on the Mugello schedue.

Antonelli was denied the chance to become a three-time F4 champion with Prema this year as he only did two rounds of the United Arab Emirates champion, but won two of the eight races he did.

His single-seater career started last year, contesting the last three rounds of the Italian F4 season and also taking pole and finishing third in the Abu Dhabi Grand Prix’s F4 support race, which was the first ever event to use second-generation FIA F4 cars.

He was one of several drivers that ACI, Italy’s motorsport federation, considered for entry into the Motorsport Games and was actually a late contender to the position as one of his category rivals looked the most likely driver to be sent as recent as a week ago.

Antonelli is set to step up to Formula Regional in 2023 with Prema, with his focus likely being on a European championship campaign.