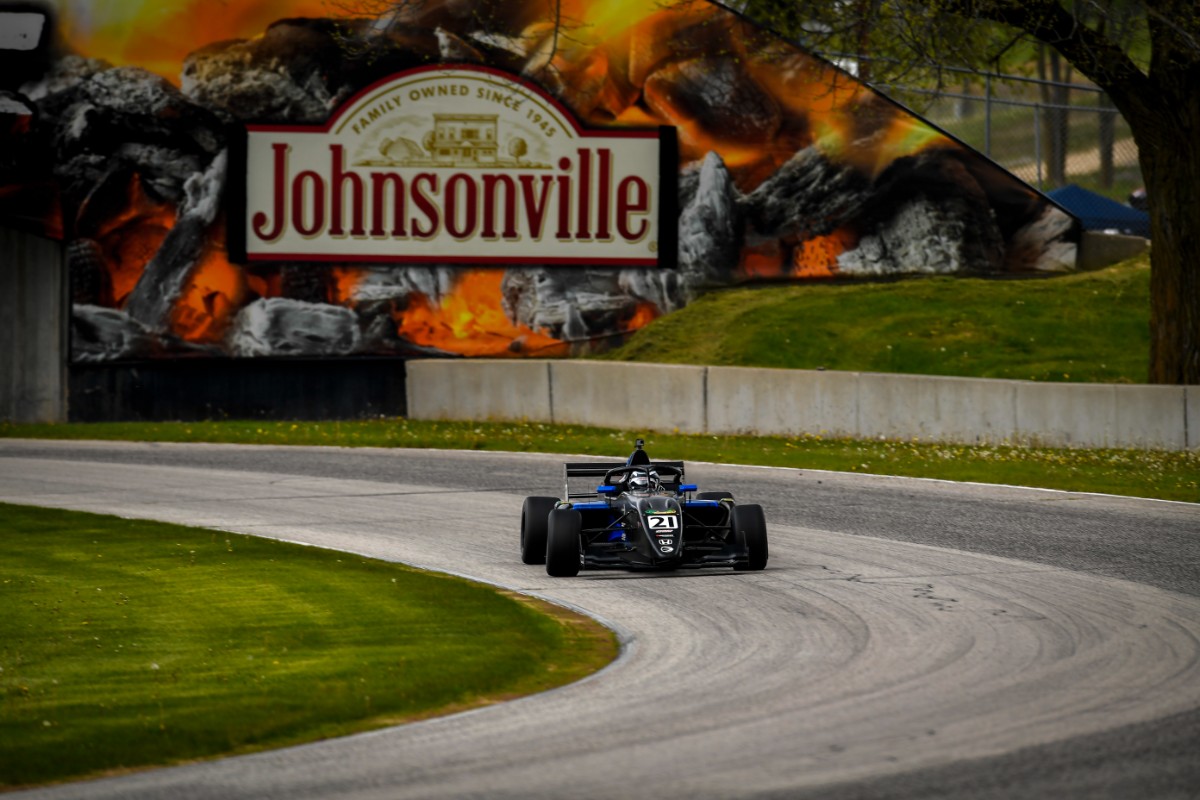 There was chaos, and more Kyffin Simpson success, in the second Formula Regional Americas event of 2021 at Road America.

The weekend began with a super-close qualifying session topped by Velocity Racing Development’s Hunter Yeany. He took pole by just 0.056 seconds over TJ Speed’s Simpson, with Newman Wachs Racing’s Jordan Missig and Team Crosslink’s Joshua Car a further 0.006s behind and the second Newman Wachs car of Ian Rodriguez only a tenth off.

Of those five it was Car that did the best job in race one, quickly fighting with Yeany for the lead and then falling to third after their battling got too close but recovering to track down team-mate Dylan Tavella and Rodriguez to take his first win.

Missig was fourth, and round one dominator Simpson came fifth after stalling at the start. Yeany finished a lowly ninth after his battle with Car went sour.

Car came short of making it a double in race two, held on Monday, as he finished just behind Simpson. Varun Choksey came from ninth on the grid to earn his first car racing podium in third, and Yeany came fourth.

The fastest laptimes from race two set the grid for race three, and it meant Car started on pole with Simpson alongside.

Car and Simpson fought for the lead until there was a full course yellow caused by Future Star Racing’s Ernie Francis Jr striking the barriers, and was then extended when Cusson crashed out of third place.

Racing resumed with a few laps to go, and it looked like Car could hold off Simpson until he spun out of the lead on the final lap and gifted victory to the championship leader. Rodriguez inherited second, Choksey finished third and Yeany just claimed fourth ahead of the despondent Car.